Now, Twisted 2 will soon hit the digital platform giving the viewers another dose of thrill and drama.

The good news about Twisted 2 is that popular actress Niaa Sharma will stage a comeback in Twisted 2. Joining her in the lead role will be Rahul Raj.

As we know, Niaa Sharma essayed the role of Alia Mukherjee while Rahul Raj played the CBI cop, Aryan Mathur in Twisted.

Our source further adds, “Earlier, Niaa was not to be part of Twisted 2 owing to her date issues. However, her dates have now been sorted and the gorgeous actress is all set for the sequel.”

Twisted 2 will be directed by Anupam Santosh Saroj who earlier directed Twisted 1.

We buzzed Niaa, but could not get through to her.

We also reached out to Vikram Bhatt, but did not get revert. 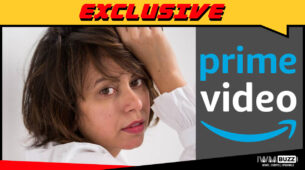