Season 2 of Dil Hi Toh Hai which will stream on ALTBalaji will get an additional lineup of actors to pep up the interest levels.

As we know, the story line which aired on Sony TV will take a 5-6 years leap and there will be new introductions to characters Shivam and Shanaya.

Paras as we know is popular for his lead role in Meri Durga and Mariam Khan – Reporting Live.

Sanaya Pithawalla has recently given a stellar performance in the ALTBalaji series, The Great Indian Dysfunctional Family.

Palak Purswani is famous for her stint in Splitsvilla.

As per a reliable source, “Paras will now take over from actor Gautam Ahuja to play the role of Shivam Noon the youngest son the Noon family. The role of Shanaya played by Pooja Jadhav will now be played by Palak Purswani. Sanaya Pithawalla will have a character similar to that of Kareena Kapoor in the movie Kabhi Khushi Kabhi Gham.” 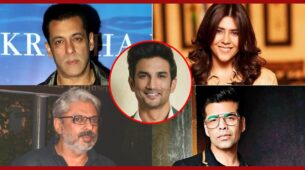