Pooja Bhamrah who is seen in ALTBalaji’s Broken But Beautiful will be seen in Eros Now’s series, Flesh. Read exclusive news here. Well, the talented girl has now bagged her next web project with Siddharth Anand’s ‘Flesh’ for Eros Now. The series is directed by Danish Aslam.

Pooja has joined the cast of the series which has gone on floor recently.

As per a reliable source, “Broken was Pooja’s first big project. And she will play a very different and interesting role in Flesh.”

On TV, Pooja has been part of the show Dil Sambhal Jaa Zara.

We buzzed Pooja but could not get through to her. 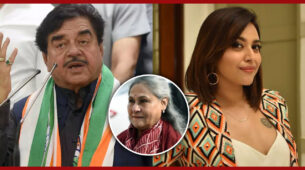