Puja Banerjee dons the hat of a producer for a web-series... Enchanting beauty Puja Banerjee, who has charmed audience with her acting talent in shows like Devon Ke Dev Mahadev and Dev, has now turned producer and is making a web series, is what we have been informed by a source.

This will be Puja’s debut venture as a producer and she has already started working on it.

We hear that the actors have already started shooting for the same.

If sources are to be believed, the series might stream on YouTube or on a popular OTT platform.

When we buzzed Puja, she refused to divulge any details on the same.

We also reached out to the actors but they remained unavailable for a comment. 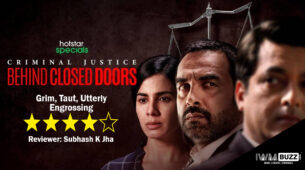