Raghu Ram to tie the knot MTV Roadies fame Raghu Ram is all set to walk the aisle with girlfriend Natalie Di Luccio in December.

Raghu and Natalie have been dating each other for quite some time now and it was said that the lovebirds wanted to take their relationship slow to understand each other.

Earlier Raghu amicably ended his 10-years-of-marriage with Jaane Tu… Ya Jaane Na actress, Sugandha Garg and Natalie, who was madly in love with Kkavyanjali fame actor Eijaz Khan, broke up with him.

Moving on from broken relationships, Raghu and Natalie are all set to take their relationship to another level.

Raghu, who later appeared in many other shows and a web series, A.I.SHA: My Virtual Girlfriend. announced his marriage news on his social media profile. 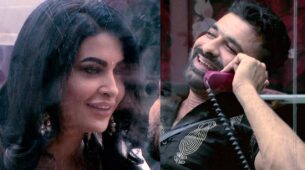