The Dada Saheb Phalke Film Festival is important for Indian film industry as it is organized on 30th April each year to mark the Birth Anniversary of Dhundiraj Govind Phalke, who is regarded as the father of Indian Cinema and fondly remembered as Dada Saheb Phalke by the film fraternity across globe. Its aim is to recognize the enlightening, entertaining and progressive new age cinema of youth and experienced filmmakers. Produced by Aritra Das, Sarbani Mukherjee, Gaurav Daga and Shhailendra Kumar, the film pays tribute to acting legend Om Puri, who played the role of a hand pulled rickshaw driver in Rolland Joffe’s film City of Joy. “This gives me immense pleasure and joy that our film Rickshawala has been selected at 11th Dada Saheb Phalke Film Festival and hope we will win too. I feel that this film was destined to be loved by people across borders,” says protagonist Avinash Dwivedi who bagged Best Actor Award for the same film at Ayodhya International Film Festival.

In past years festival gains reputation and regarded as among most prestigious festival in India. The festival grows over the years and attracts filmmakers from across the India and 110 plus nations across the world. The festival has sections for feature films, short films, documentaries, animations, music videos & ad films. The festival awards the filmmakers in production, creative, music & performance categories. 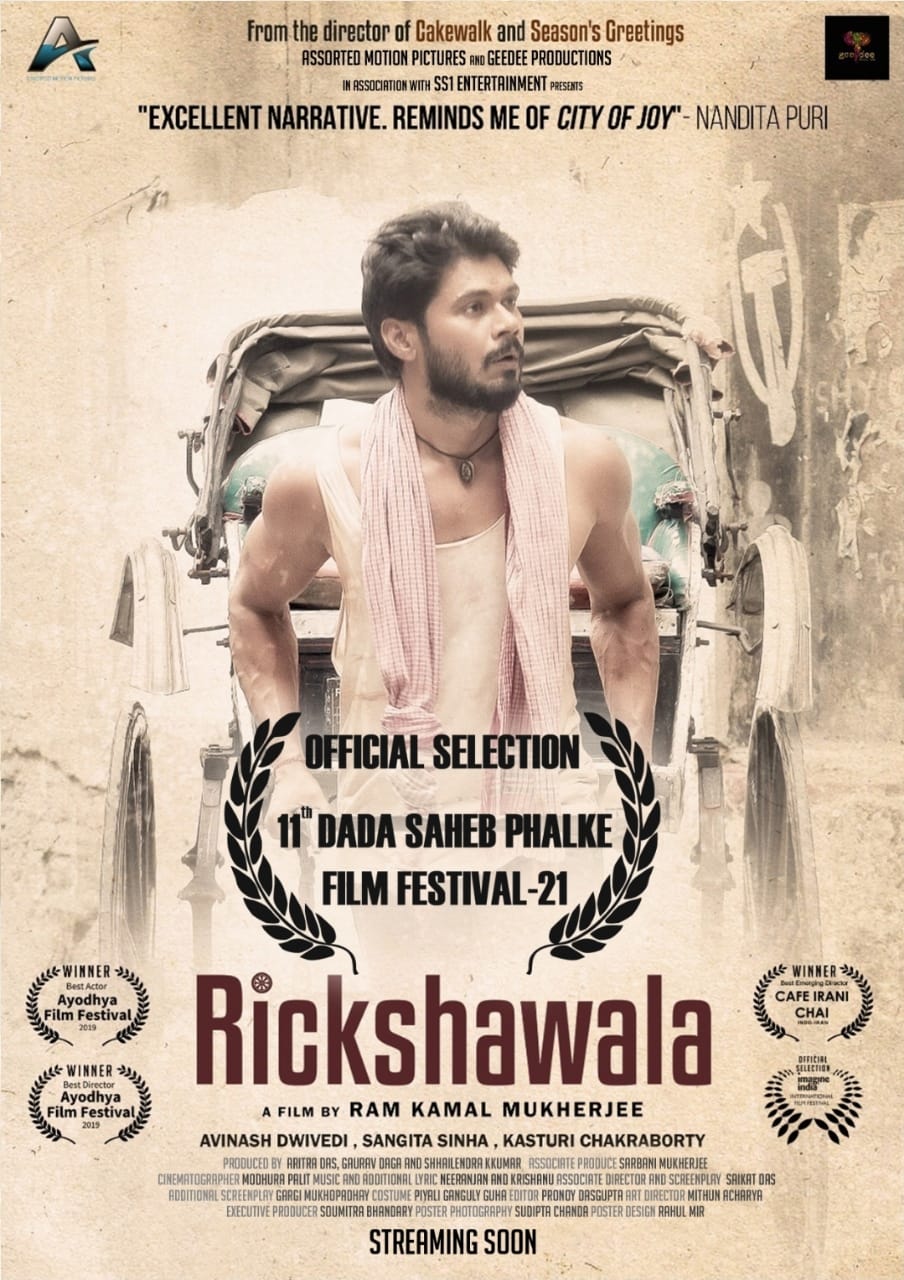 Ram Kamal wraps his next with Rohit Roy in Kolkata

Anubhav Mukherjee, Founder of “The Kolkata Buzz” shares how he fel...

Nusrat Jahan's Best 3 HairStyles You Would Like To Copy