The 17 new films and series announced on July 16 by Netflix has nothing as grandly showy as the big-screen blockbusters to pose a threat to the survival of movie theatres.

Nothing like the Hollywood biggies like Chris Hemsworth’s Extraction, Tom Hanks’ Greyhound or Charlize Theron’s The Old Guard here, unless we count the bio-pic Gunjan Saxena with Sridevi’s daughter Janhvi playing an airforce pilot, which ideally would have gone on the big screen.

As a head honcho of a leading multiplex chain who doesn’t want to be named, points out, “None of these titles would have worked in the theatres anyway. Most of Netflix’s new purchases would have gone to the OTT platform by default. The films like Class Of 83 and AK Versus AK(featuring the two acting stalwarts Anil Kapoor and Anurag Kashyap the Marlon Brando and Robert de Niro of Bollywood) are made for the OTT platform. The rest like A Suitable Boy and Masaba Masaba are series. So I say, everything is happening for the best.”

If we are to have the digital domain to co-exist with cinema then this is for both platforms to chalk out their territory. A hit is a hit on any medium. Likewise, a flop is a flop no matter the size of the screen. Gulabo Sitabo proves it. 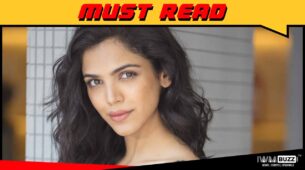