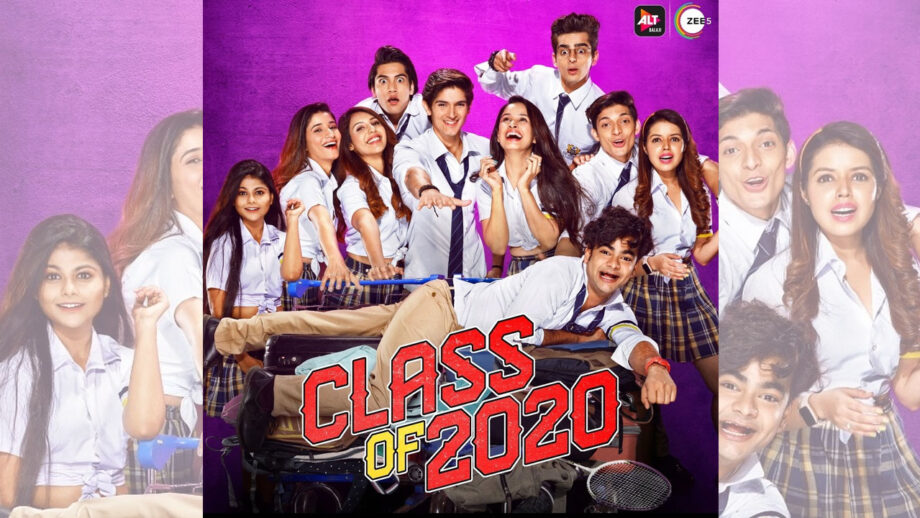 Showcasing progressive and path-breaking content like never before, ALTBalaji and ZEE5 offers a plethora of shows from exciting stories, drama, thriller, suspense, horror, comedy to youth-based web-series for viewers to binge-watch, you will find them all on these apps. After the very successful youth-based shows like Puncchbeat, Medically Yourrs, Boygiri, Class of 2017 and many others the digital platform is all set to take the audiences back to high school with their upcoming series Class of 2020. The digital platform just dropped the trailer of the upcoming high-school drama which explores the realism of a teenager’s life as they crumble under pressure only to later overcome their problems and learn from it.

This latest offering features popular and talented actors like Rohan Mehra, Chetna Pande, Nibedita Pal, Jatin Suri, Nausheen Ali Sardar, Rushad Rana, Alam Khan, Pallavi Mukherjee, Mazhar Khan, Joyeeta Chatterjee amongst others. It is a gamut of confusions and perplexities, love and desire, choices and dilemmas mixed with an ensemble of grey characters who perfectly depict the confused state of today’s millennials. Class of 2020, is a coming of teenage drama which is a sequel to the web series Class of 2017. Meet the latest batch of teenragers in ALTBalaji and ZEE5’s upcoming youth-based school drama filled with love, dosti and lots more.

Speaking about the series, Rohan Mehra shares, “I’m very excited for the Class of 2020 because of the kind of character I will be portraying. It’s a great feeling as I’m making my digital debut with one of my dream platforms ALTBalaji. I’m very thankful to Ekta Ma’am and the entire ALTBalaji team for giving me this wonderful opportunity. I’m playing, a complete gully boy who enjoys all bad habits, but at the same time is good at heart. The story is extremely realistic, and our director has left no stone unturned towards making the show extremely relatable for its audience.”

Chetna Pande shares, “It feels great to work with ALTBalaji again. I am super excited for this project. I portray the character of Priyanka for which I had to watch a lot of shows as My character has lots lots shapes in it. It’s one of the most complicated character I have ever played”

Class of 2020, chronicles the coming of age teen drama which revolves around a bunch of teenagers and their struggle as their lives get intertwined with drugs, relationships, sex and peer pressure. The web-series, slated to stream on ALTBalaji from 4th February is filled with lots of real-life instances of what the students face fun-filled moments, love and friendship.