Popular actor Ronit Roy will be seen in yet another interesting web-series titled Candy which will stream on Voot. Popular star Ronit Roy is not only picking up challenging roles on the big screen space, but is also having a fruitful phase on the web platform!!

The massive success of ALTBalaji’s Kehne Ko Humsafar Hai and the eagerness to witness the magic of Ronit Rot yet again in its Season 2 very soon has kept Ronit’s fans buzzing with energy. The series starred Mona Singh, Gurdeep Punjj along with Ronit.

Now he is all geared up to begin work on yet another interesting web-series.

News coming to us is that Ronit will play the central character in Voot’s upcoming web-series titled Candy. The series will go on floor very soon.

As per a reliable source, “Ronit Roy will play the role of a teacher and will be a very strong role.”

We buzzed Ronit Roy but did not hear from him.

We reached out to the spokesperson at Voot but did not receive revert till we filed the story.

Are you excited to see Ronit Roy on the web space in this series? Drop in your comments here.

And remember you read this news first on IWMBuzz.com 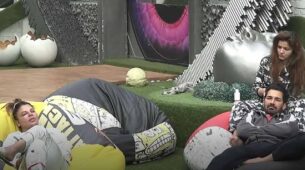