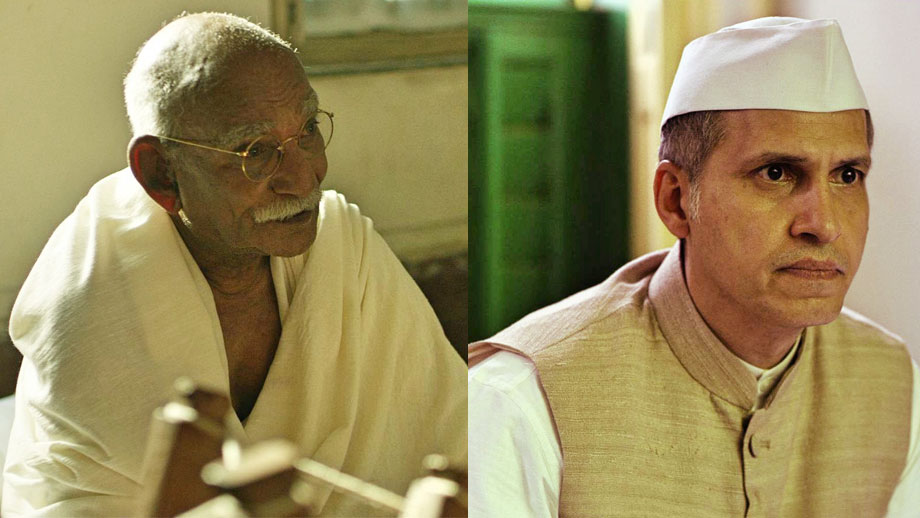 ALTBalaji’s Bose- Dead/Alive boasts of a stellar critically acclaimed star cast to essay the roles of Mahatma Gandhi and Jawaharlal Nehru.  Ironically, the actors namely Sanjay Gurbaxani (Pandit Jawaharlal Nehru) and Surendra Rajan (Mahatma Gandhi) have actually essayed the roles of Nehru and Gandhi in the past making them connoisseurs of the same.

For the uninitiated, acclaimed actor Sanjay Gurbaxani played Jawaharlal Nehru in Begum Jaan starring Vidya Balan in 2017, while Surendra Rajan played Gandhi in Gandhi: the Silent Gun, a short film and The Legend of Bhagat Singh.

Speaking on his experience of playing Nehru in an albeit different avatar, Gurbaxani stated, “It was a great experience to play Nehru again and our shoot was extremely smooth. I remember when I was small, in school I used to be dressed as Panditji and have paraded up on the stage with all the other great characters of our history and the only incidence I remember from that was that whenever they used to put the rose on my kurta or the jacket I used to quietly remove it and throw it down because I always found that very girlish and the teacher used to give me a whack whenever she noticed that the rose is not there on my kurta and she used to say never to throw that away. Now I realize what the rose signified for Panditji and for his character; it was so beautiful, so that’s what I remember playing when I was young. But yes this is an amazing character I had a great time on the shoot.”

On working with the actor who has been in the news for all the right reasons, Rajkummar Rao, Sanjay said, “The great Mr Rajkummar Rao has done complete justice to the character and has played a commendable role in the show. He is such an amazing actor and also an amazing human being; we had a fantastic time on the sets. He made it the best shoot and I can’t thank him enough for making me feel so comfortable on the sets. We’ve spent some great time together and I hope we get to work together in the future. I would want to wish him All the Best for Bose and also all the upcoming projects in the future. It is also commendable to see an actor gain weight, and go to any length to get into the skin of his character. He deserves all the accolades coming his way.” Sanjay Gurbaxani is best known for his roles in Bhaag Milkha Bhaag, Raees, Madras Cafe, Ek That Tiger and more.

There is a lot that has been said and written in history about the relationship shared between Subash Chandra Bose and Mahatma Gandhi. However, when two stellar performers come together to depict this relationship on screen, one can only expect the best. Such is the case with Rajkummar Rao (Subash Chandra Bose) and Surendra Rajan (Mahatma Gandhi) in ALTBalaji’s Bose-Dead/Alive. Rajan has played the character of Gandhi before in Gandhi: The Silent Gun and The Legend of Bhagat Singh. Rajkummar, Surendra and Sanjay shared a warm relationship whilst shooting for the series, which is sure to reflect on screen as well.