The season 2 of the successful Ram-Sakshi web-series will go underway soon. The hit Jodi of Ram Kapoor and Sakshi Tanwar will soon get back to work with the shoot of the Season 2 of the popular web-series Karrle Tu Bhi Mohabbat kick-starting!!

As we know, the successful ALTBalaji web-series will be coming up with a Season 2 very soon.

IndianWikiMedia.com has got to know of the story taking a jump in time of about three months in Season 2. Though the entire cast of the Season 1 will be seen in Season 2, the newest season will see the addition of some peripheral cast.

As per our sources, “Season 2 of the ALTBalaji web-series will bring in lot many twists in its story line. The team looks forward to start with the shoot in mid-August.”

However, the airing of the Season 2 might take some time, as decision on the launch has not been decided yet.

As we know, the web-series saw Ram essaying the role of Karan Khanna, a popular Bollywood superstar while Sakshi played the role of Dr. Tripursundari Nagarajan, Karan’s de-addiction counsellor. The series followed the love story of these two contrasting personalities.

We buzzed Producer Ekta Kapoor, but did not get through to her.

Are you all ready for the Season 2 of Karrle Tu Bhi Mohabbat? Drop in your comments here. 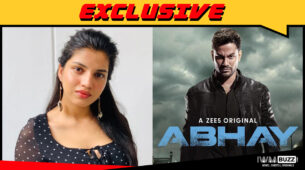