After winning accolades on the international platform, the short film will now launch on the digital platform. 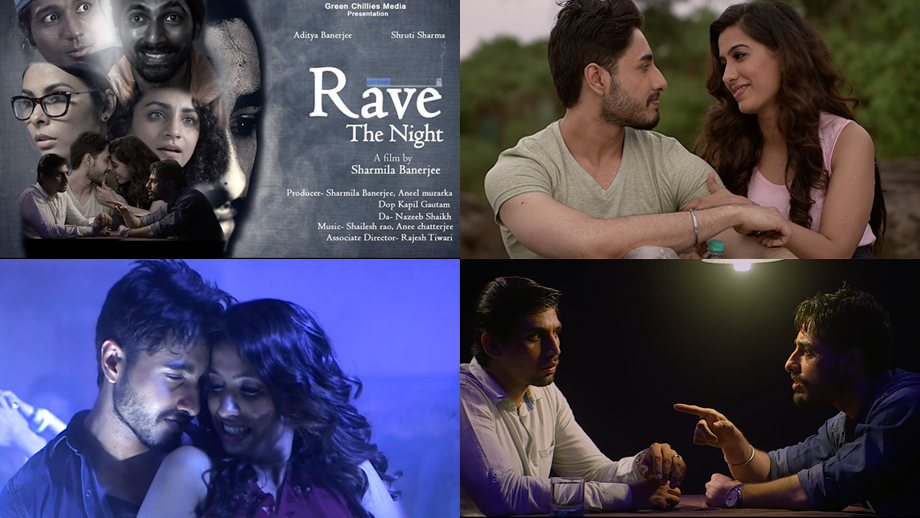 Rave – The Night, the short film conceptualized by Sharmila Banerjee has won quite a lot of international awards and accolades and is now on road for its streaming on the digital platform!!

The short film which has Producer and Actor Aditya Banerjee and Shruti Sharma in lead roles is a supernatural psychological thriller set up in the premise of drug addiction.

Conceptialized by Sharmila Banerjee under her banner Green Chillies Media and co-produced by Anil Murarka’s Ample Machine Entertainment, the film speaks about the youth of today, who are so into partying, drugs and the high life that they lose the thin line between reality and intoxication.

The making of the short film holds a very interesting trivia for the fact that nearly 50 percent of the shoot was reshot after the lead girl was replaced. Earlier, Satrupa Pine was the lead, but since the actress had date problems after the team decided to re-shoot it with an entirely different crew, she was replaced by Shruti Sharma.

Talking about the short film, Aditya, son of Sharmila Banerjee told IndianWikiMedia.com, “My mother wanted to make a film about the youth of today, who are so into drugs. The film has had a clean sweep at all the international festivals and will now stream on digital platform soon. We are approaching lot of digital platforms. We will make an announcement on it soon.”

The short film includes actors Akshay Anand Kohli, Shaurya Tyagi in addition to the leads Aditya Banerjee (24 on Colors, It’s Complicated on Channel V and a digital film with Shemaroo).

Here’s wishing the entire team of Rave – The Night all the very best!!