Siddharth Nigam is an Indian actor, who has worked in Indian television and films and is known for his roles of Sahir and Samar the younger twins in Dhoom 3 and Ashoka in Chakravartin Ashoka Samrat. He is currently seen as Aladdin in Sab TV’s Aladdin—Naam Toh Suna Hoga alongside Avneet Kaur

Jannat Zubair Rahmani is an Indian film and television actress. She started her career in 2009 but gained recognition through Colors TV’s Phulwa in 2011. She has also played the role of Young Phool Kanwar in Bharat Ka Veer Putra–Maharana Pratap and Pankti Sharma in Tu Aashiqui.

Jannat recently featured in the music video Tere Bin Kive with TikTok star Faisu and is now all set to appear in another one with Siddharth Nigam. Jannat posted a poster on her Instagram story announcing the release of the video teaser the song on Youtube.

The fans of Jannat Zubair and Siddharth Nigam are excited about this project and shown immense love and support to both the stars. The teaser and the audio of the song have received a great amount of love so far and we are happy for the Jodi.

Here is what Jannat and Siddharth posted on her Instagram. Enjoy 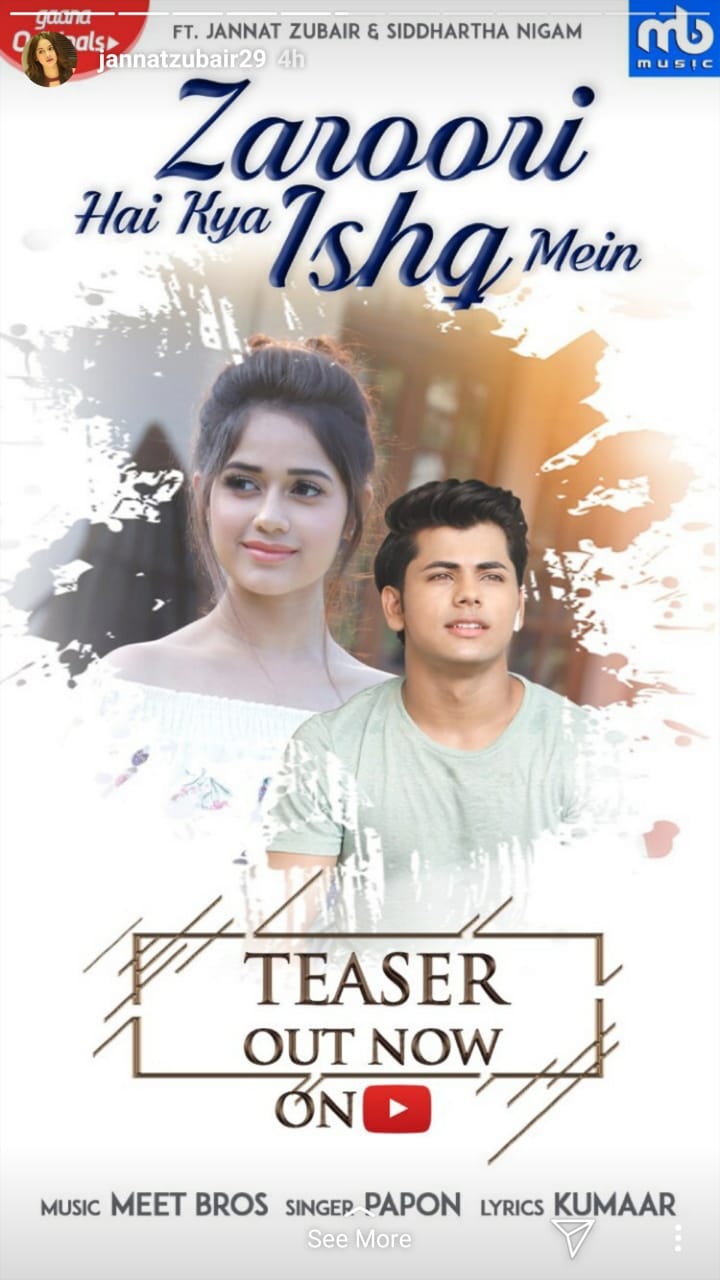 Faisu-Jannat Zubair And Their Most Fabulous Couple Stylish Moments