After a fantastic debut, Arré’s hit web series, Official Chukyagiri returns with Season 2. This time, however, the tables have turned, and the plot revolves around the elusive CEO of the office, essayed by India’s leading digital star, Sumeet Vyas.

The heartwarming dramedy, set in the corporate world, first launched in September 2016 to universal acclaim. It brought to life a typical office environment, populated by a motley crew of identifiable characters: the wide-eyed intern, the bullying boss, the cocky IT head, the witty yet endearing Janitor Chacha, and the crazy, complex CEO, who, in the first season, existed only as a tough-talking drone.

This world was presented through the perspective of Spandan Chukya, a hopeful intern from a small town, who has come to Mumbai like lakhs of similar aspirants hoping to make it in the city of dreams… only to realize that “Yahaan Jagah Milti Nahin, Banani Padti Hai”. Season 2, however, pivots to another perspective; that of the CEO, a.k.a, D, a.k.a, the drone and his worldview of corporate life.

Sumeet Vyas, who was revealed as the CEO in the drone, will take centre stage as the star of Season 2. Joining him will be the original hit cast of Season 1 – Aahana Kumra, Gopal Dutt, Sunny Kaushal, and Anand Tiwari – who will have pivotal roles to play, alongside new characters played by Eisha Chopra and Pranay Manchanda.

Watch Sumeet Vyas and Aahana Kumra give you a taste of what to expect from Season 2.

Sumeet Vyas said, “I am looking forward to playing a bigger role in the second season of Official ChukyagiriCEOgiri for Arré. I am particularly excited about playing a character like D – someone who is deeply flawed and emotionally complex but also charming and suave. I look forward to the challenge ahead and can’t wait to see how it all turns out.”

Jaideep Singh, Director, Arré, said, “This is a franchise that we plan to spin into multiple seasons, and you will soon see iterations in regional languages as well. For Season 2 of this well-loved series, we’re delighted to partner with Digene, an iconic brand. It is a perfect fit, considering the show is set in a corporate environment, and forms part and parcel of the characters’ lifestyles. With support from our sponsors, ensemble cast, and creative collaborators, we are confident that this season will break new ground and help expand the fast-growing audience base of Arré.”

The show is produced for Arré by Amritpal Singh Bindra and Anand Tiwari of Still and Still Moving Pictures who also produced Season 1. Amritpal Singh Bindra said, “After the roaring success of Season 1, we are very excited to continue our working relationship with Arré and take the show a notch higher. This time, the focus has been to create a plot-driven story with the addition of dynamic characters. With double the drama and double the fun, we hope that the audiencetoo will show us double the love.”

This latest original series comes on the back of several successful and award-winning hits from Arré over the last 18 months. These include A.I.SHA My Virtual Girlfriend, The Real High, I Don’t Watch TV, Arré Ho Ja Re-Gender, and Fitoor Mishra Ki Comment Arré. While Season 1 of A.I.SHA has won 14 awards across prestigious web festivals such as LA Web Festival, South Florida Web Festival, Asia Web Awards, CMO Asia Branding Excellence Awards, and the Washington Roman Pictures Network.TV, Official Chukyagiri was a Webby Honoree. and Season 2 of A.I.SHA has just won again at the South Florida Web Festival. 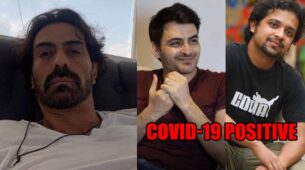