MUMbhai the ALTBalaji and ZEE5 series will have Sunny Hinduja playing a crucial role. Read it here. MUMbhai the ALTBalaji and ZEE5 series featuring Angad Bedi, Sikander Kher and Sandeepa Dhar will be a fast-paced cop and criminal drama.

News coming in is that talented actor Sunny Hinduja who has had a great run on the webspace with shows The Family Man, Bhaukaal, Home etc, will be seen in MUMbhai.

As per a reliable source, “Sunny will play one of the antagonists in the series.”

As the title suggests, the series will take a dive into the Mumbai underworld and the narrative will revolve around the friendship between a cop and a criminal, set in the milieu of Mumbai’s underbelly and in the time span from the late 90s to early 2000.

We buzzed the ALTBalaji and ZEE5 spokesperson but did not get revert. 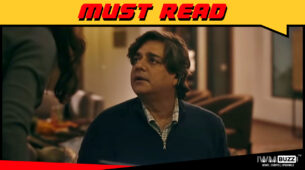