Digital space has emerged as an interesting platform of storytelling. One more beautiful story will be narrated by Vikram Bhatt. The web-series named Memories for Viu, will be a thriller drama revolving around a character having special abilities.

The thirteen-episode series will see Rohit playing the lead character Manav Malhotra, a news anchor, and television’s cutest naagin Priyal Gor will be paired opposite him.

Actress Surleen Kaur, who was part of super hit Punjabi web-series Sleepless Nights and also SAB TV’s Aadat Se Majboor, will enact the role of Sunita Tandon, negative lead. Her character will be mysterious and will also have grey shade.

On the other hand popular veteran actor Harssh Singh, who is part of Ragini MMS Returns, is roped in to play ACP Adhikhari. He will solve challenging cases with Manav’s help.

We called Surleen and Harrsh but they remained unavailable for a comment. 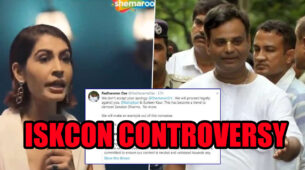