TikTok star Aashika Bhatia, who has been a part of multiple television shows as a child actress, is a youth icon now. You might remember her as Ginni in Parvarrish – Kuch Khattee Kuch Meethi and young Meera in NDTV’s Meera – Krishna Se Laagi Aisi Lagan Ek Rajkuvri Bani Jogan.

At just 19, Aashika Bhatia has a following of more than 8 million subscribers on TikTok and more than 2 million followers on Instagram.

Tiktok is a more successful version of the late app Musically. There are millions of millennial and Gen Z youth out there, who simply love the app because it lets them groove and lip sync to the trending tunes. And is it is with any performing arts, there are always those who perform better than the others. TikTok queen Aashika Bhatia is one such TikToker.

Passionate about acting from a very young age, Aashika Her hobbies already included singing and dancing. As a matter of fact, she also made it to the silver screen and shared the space with none other than mega star Salman Khan and fashionista Sonam Kapoor. It makes perfect sense that this lovely cutie is the TikTok Queen – she sings, she dances and she acts. Barely any people can hit this trifecta.

The actress has been on bed rest for quite some time. Earlier we reported about, she being injured post a painful ligament tear. We also informed about her surgery. Recently she was successfully operated and thanked the hospitality of the staff.

However, the girl was targeted by few body shamers who commented on her body and spoke about her TikTok videos also. Aashika who was ignoring it gave them back via a Instagram post. 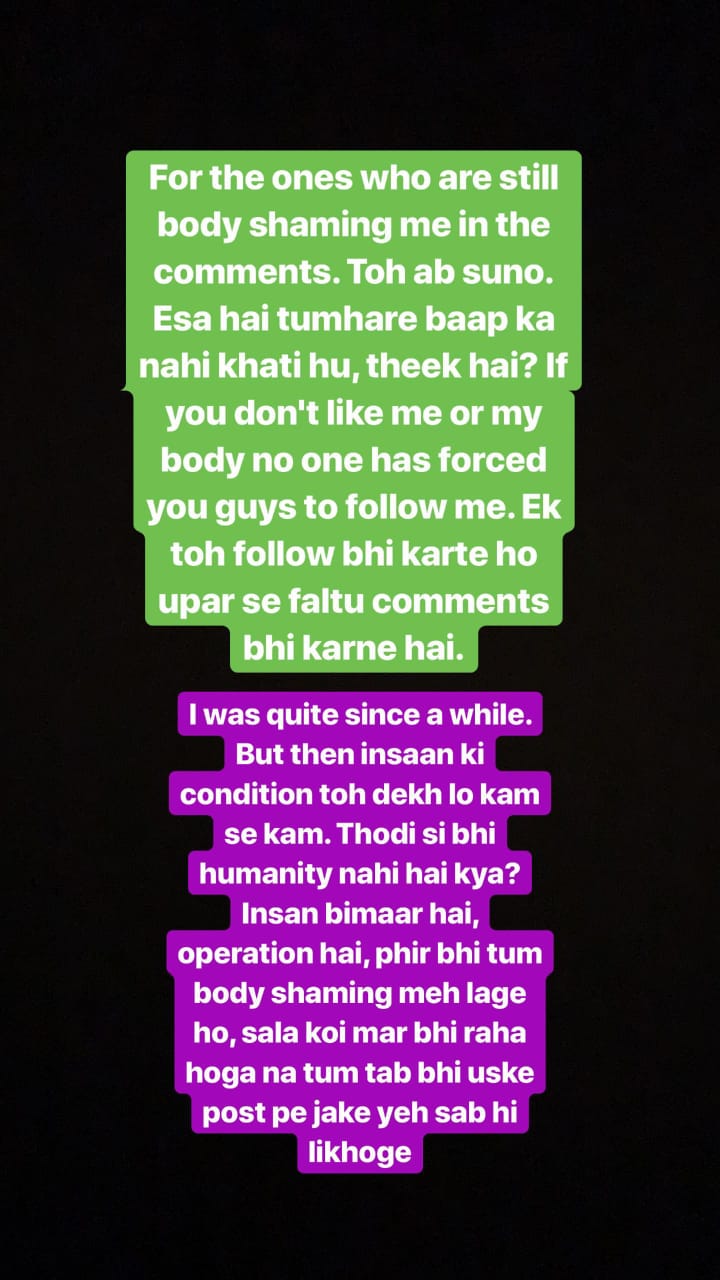