The whole gang of child stars turned TikTok stars turns up to cheer one of their own, Vishal Jethwa in Mardaani 2 The Mardaani 2 premiere saw an entire gang of giggly TikTok stars, who were once upon a time celebrated child actors, cheering loudly and lustily. Seen cheering in the audience were Jannat Zubair, Avneet Kaur, Siddharth Nigam, among others.

Before you’re shocked out of your wits at this revelation, allow us to enlighten you. Our popular child actors-turned-TikTok stars like Jannat Zubair, Avneet Kaur, Siddharth Nigam and gang, were there to cheer for one of their own, Vishal Jethwa, who has played the main villain in Mardaani 2.

The baby-faced Vishal is also an erstwhile child actor of television shows, who later became popular as a TikTok star, and is now winning rave reviews, accolades, and a whole lot of appreciation for his turn as villain in Mardaani 2.

In fact, many reviewers are of the view that Vishal Jethwa has outshone Rani Mukherjee in the movie.

Well, that is one TikTok star who’s made it big in Bollywood. Let’s see how many more of them make the successful transition from small screens to the big screen! So much fun: Anushka Sen and Siddharth Nigam are 'vampire' partners 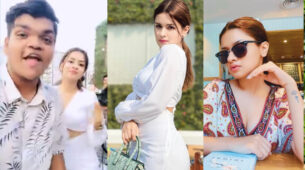 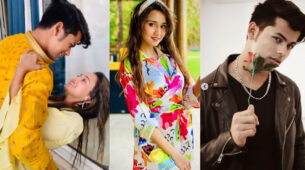 Aladdin Romantic Chemistry: When Siddharth Nigam and Ashi Singh got lost in each other's eyes