Ullu App to launch a new series based on the love, devotion, dedication and betrayal of a girl, who belonged to the Mirasi clan. Ullu App has been churning out web-series one after the other and leaving no stone unturned to give audiences the best of the content. We heard, they are coming up with yet another interesting series based on the traditional singers and dancer from Uttar Pradesh.

According to a close source, “The yet-to-be-titled series is about the love, devotion, dedication and betrayal of a girl, who belonged to the Mirasi clan. The project is in its nascent stage and casting is underway.”

For the uninitiated, Mirasi’s are associated with music and are often looked down upon in society. 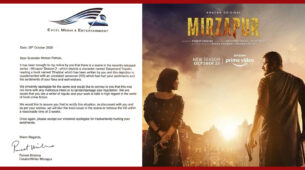