YouTuber CarryMinati refutes rumours of being on Bigg Boss 14 YouTube king CarryMinati aka Ajey Nagar, who was rumoured to be part of Bigg Boss 14, has refuted the reports.

CarryMinati took to Twitter to clarify that he would not be stepping into the house of Bigg Boss.

The Salman Khan-hosted reality show will premiere on Colors TV starting from October 3rd. While the official list of contestants is yet to be announced, CarryMinati has already clarified that he won’t be one of them.

I am not going in Bigg Boss!
Don't believe in everything you read. 😐

CarryMinati is one of the most popular YouTubers in India with over 25.5 million subscribers. 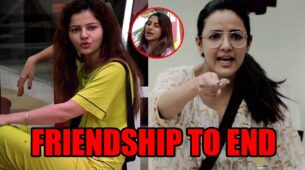