Arunabh Kumar who is known as the Founder of TVF, has a surprising anecdote for his admirers. On International Transphobia and Homophobia Day Arunabh Kumar who is known as the Founder of TVF, has a surprising anecdote for his admirers. Many would not know that he did one small cameo in Farah Khan’s Om Shanti Om as a transgender. He started his career assisting Farah Khan as an assistant director in 2007. “A song shoot was going on and Farah has a habit of making very interesting and inclusive cameos in the film. She asked if anyone was up to play the role of a transgender person in a scene for the movie but the whole set refused and there were also people who made fun of the entire affair,” recollects Arunabh. Currently busy with his comic book, Indusverse series and also for working towards helping migrants in India who are suffering due to lockdown, Arunabh feels that humanity comes first.

Coming from a small town he recollects how his homosexual friends were scared about disclosing their sexual preferences due to social structure. “I was taken aback as I have homosexual friends since I was in a Hostel in my school days. I have seen how it has been very tough for them to get out of the closet for the fear of being ridiculed,” says Arunabh Kumar. He took a strong stand against the on-going jokes of playing the cameo for the film and decided to step in and played the role himself. He recollects, “I went up to Farah ma’am and gladly volunteered to play the role. She thought I was brave and encouraged me. I went and did a proper make up and costume and even connected with a friend of mine who is a transgender for some small tips.”

Taking us through the shot, he adds, “I got dressed and walked onto the set. While there were few giggles there was suddenly the faint sound of an applause starting followed by more. I felt happy and confident which helped me to do the scene confidently aided by Farah ma’am’s brilliant direction,”. Apparently, the scene was for one of the most popular dialogues from the iconic film ‘EK chutki sindoor ki keemat tum kya jaano…’

Arunabh Kumar recently announced his engagement with Shruti Ranjan after dating her for 13 years. He feels that as a society we need to change our perspective before we expect others to change.  “I have always felt that the LGBTQIA community has been marginalised and made to feel alien. But on the contrary, they are exactly people like us and it’s about time that this taboo should vanish from the society. I have had the fortune of having friends from this community since school and college days and it was this proximity with them in an everyday environment that made me think of them just as any other human being with their own preferences. I wish that this day always reminds us to embrace everyone with equal warmth and make the community more inclusive in our culture, art and our lives. That is when we will be able to stop needing this day,” he shares. 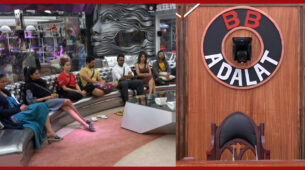 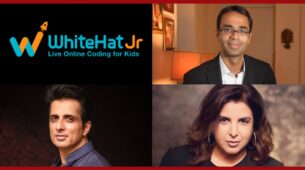