Set in Kolkata, the film pays tribute to Om Puri and his award winning role in City of Joy.

After bagging the Best Director and Best Actor award at 13th Ayodhya International Film Festival, director Ram Kamal Mukherjee’s bilingual 50 minute film Rickshawala seems to be gaining more popularity amongst film fraternity. Recently Om Puri Foundation joined hands with the film as social cause partner. This happened after Nandita Puri, wife of late Om Puri and his son Ishaan Puri watched the film. “I loved Ram Kamal’s Rickshawala. I thought his film was very touching. He succeeded in capturing the essence, emotions and nuances of hand pulled rickshwalas in Kolkata in a subtle manner,” says Nandita Puri. Incidentally, this is for the first time that Om Puri Foundation decided to be a part of a movie.

The film marks debut of Bollywood actor Avinash Dwivedi in Bengali cinema. He was spotted by Ram Kamal at television star Debina Bonerjee’s birthday bash in Mumbai and after that he was screen tested for the role. Incidentally, Nandita couldn’t believe that being a Mumbai boy, Avinash managed to not only get the body language right, but also the dialect in Bengali and Bhojpuri. Avinash stayed in Kolkata for a week, practiced rickshaw barefoot on the streets of Kolkata.

“I can vouch that Ram Kamal could not have decided on a better actor than Avinash. You could see his preparation for the role, he was perfect without overplaying it. He was in character especially since I am familiar with the role of the legendary Om Puri as Hasari Pal in City of Joy. Watching Avinash in Rickshawala was deja vu for me,” added Nandita Puri.

After watching the film, Nandita got emotional, as she met Om Puri in Kolkata during the shoot of City Of Joy, while whe was working with a daily newspaper. “The film took me to 1991 and the City of Joy sets in Calcutta (now Kolkata) where Om Puri essayed the role of Hasari Pal. He pulled a rickshaw with two passengers barefeet in the streets of Calcutta every morning for a month in preparation, losing 15kg! I remember Patrick Swayze and New York Times commended his performance Oscar worthy,” she recollected.

Speaking about Om Puri Foundation association with the film she said, “Hand pulled rickshaws are almost extinct today except for a handful in Kolkata. But my childhood was spend riding on them. It is wonderful that Ram Kamal has captured this for posterity in a very mature manner also showing the lives of the pullers. What started with City of Joy will continue with Rickshawala. And Om Puri Foundation is very happy to be a part of this journey,” she avers.

Director Ram Kamal says, “Nandita is a renowned author and a critic. I was very nervous before screening the film for Nandita and Ishaan Puri. I know them as outspoken individuals and they are blatant about their choices. When she liked the film it was an award by itself. She shared so many stories of Om ji from the City of Joy and immediately agreed to lend Om Puri Foundation’s name with our film.” Exquisitely shot Modhura Palit, the film also stars Sangita Sinha and Kasturi Chakraborty as female lead. The film is produced by Aritra Das, Gaurav Daga and Shailendra Kumar. Here's why Sambhavna Seth was rushed to hospital 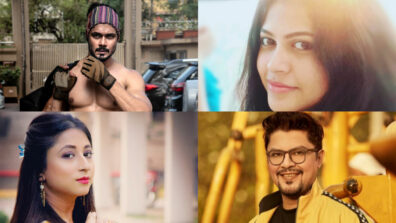