In conversation with Nupur Asthana

Four More Shots Please is an unabashed celebration of urban womanhood. Is that how you designed it?

I definitely think that the show was created by Rangita Nandy with that in mind. And in Four More Shots Please 2, the show travels deeper into the minds of our four protagonists; it probes into their interior, emotional state of mind and heart and definitely cuts a little closer to the bone. It celebrates their strengths as well as their flaws; their professional and personal highs and lows; and presents them not as perfect women but as grey characters… so well-rounded that even when they falter or fall … while you may or may not as a viewer understand or condone their actions, you definitely have empathy for them. Their highs are exhilarating and you travel on that rollercoaster with them smiling and feeling that rush of sisterhood that is so infectious.

The four protagonists all seem so real and relatable. Are they people you know and are these characters also a part of you?

I do feel that all four are a wonderful mix of a lot of women we all know and of course, there’s a little bit of me in every female character that I’ve directed! I think the reason, why they feel so real, is that their journeys are those that we’ve either experienced or we see around us. Their emotional struggles, their professional challenges are so universal and identifiable that immediately there’s a connection. The story threads running across this season specifically speak to us all. And at the end of the day, human emotions are universal – whether it’s a bunch of women in a small town or big city – the challenges will be of different levels but I think somewhere women all across get the connection and I think THAT is really hooking the audiences.

The language that these chaddi buddies use is shocking to us Hindi movie addicts. Yet it doesn’t seem thrust on the characters. How much of the language used was difficult for you to use?

This is pretty much how we all speak these days and this hybrid Hinglish is the norm. We all use casual four-letter words in conversation and the actors and I didn’t think it was a big deal to use them in scenes. The conversations that Devika Bhagat and Ishita Moitra have written are very real without any ‘dialogue baazi’ unless we wanted to deliberately play on something for a specific moment…like in the proposal scene Samara has actually written her dialogues that she proposes to Umang with and she knows they’re corny but that’s what they are meant to be for that moment. The writers have used several pop cultural references throughout the show and all of that makes the show so much fun to not just watch but hear as well.

What makes these women refreshingly different is their un-coy addressing of bodily sexual issues. So far only men were supposed to talk like that in our films. Do you see how revolutionary these girls are in their attitude?

Men have locker room conversations about women; and women, in turn, discuss sexuality, sex, and men very freely amongst themselves. Yes, we aren’t used to seeing that on-screen and that makes people very uncomfortable. I get that. But the show is normalizing that ..saying look, you should know that women too discuss men and sex and that’s what we’ve shown in S2 without being crude. I personally didn’t see it as revolutionary, for me that was just the way we were doing our thing… that’s something for you to analyse!

Girl bonding in our films hit a high with Veere di Wedding what do you think of the chick flicks in this country, few as they are and what about the ones from Hollywood any favourites?

I would say Khoobsurat, Chupke Chupke, Katha rank right up there for me – they were supposedly ‘light’ but had such great understanding of the women protagonists and the social milieu they were set in. Hollywood has countless movies in the genre.. too many to list here but I’m a great fan of Nancy Myers’ films if we’re talking specifically about this genre.

Now to the casting. What made you choose the four actresses in the lead?

When I came on to direct S2 so the leads Kirti Kulhari, Sayani Gupta, Bani J and Manvi Gagroo were already there… We cast several new characters this season , Sameer Kocchar, Shibani Dandekar, Prabal Punjabi amongst the most important ones.

I can’t imagine anyone in those roles. Who is your favourite among the sassy quartet?

This is a very difficult question to answer! How can a mother choose her favourite child???

You have directed two feature films,dDid you enjoy much more creative freedom here? What was it like working with Rangita Nandy?

I think that with a digital show that’s going to stream on an OTT, the pressure of the box office doesn’t exist and that fact itself is very freeing – one can be true to the story without false notes for commercial purposes. Working with Rangita has been fabulous. I haven’t laughed as much on any project as on this one. There was a lot of trust between us and she was clear that I didn’t have to follow any specific blueprint as long as it all looked smashing. That creative freedom really helped me to push forward and she encouraged me at every step. She’s very open and once she understands what you’re trying to do she becomes a safety net and I felt very protected and cherished as a director.

Why is there such a meager number of women directors? Is it because men find it hard to take instructions from women? Have you faced discrimination or harassment of any kind because of your gender?

I definitely think that there are a whole lot of us women out there trying very hard to have our directorial voices heard, or pushing for the opportunity to direct but let’s face it: things are changing but it’s still a boys club. I think that when it comes to giving a job to a new male director – his potential is good enough to take a punt on him especially when there is a star in the movie, but when it comes to a new female director – everyone wants to know if she has experience. Once this mindset changes – I think the game will change entirely.

What next? And when do we see Season 3?

I’m working on a film script with a wonderful co-writer. I hope it gets made soon. With the pandemic, it’s difficult to predict when things will resume. There definitely is an Season 3. But I’m not a part of it. I was physically exhausted and needed to not just re-charge my batteries but I also need a new challenge where storytelling is concerned.

Sex is an integral part of humanity: Nupur Asthana 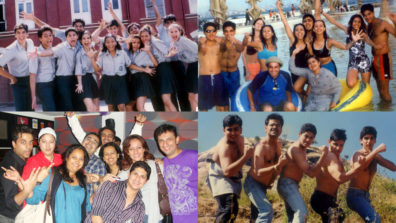