Winter is coming! It’s the end of October already, which implies that winter shall be here in no days! And with that, it’s crucial to amp up your winter wardrobe as well! And while talking of fashion who could be better than Mr Faisu and Siddharth Nigam? Today, we are up with some of the best winter wardrobe collection.

Faisu’s journey through online media began with Dubsmash. He was your typical Bandra fellow, completing his graduation, functioning as a salesman on Hill Road and spend time with his friends, Team 07, who was initially a biker’s group, he used to make recordings with a PDA around then. He once said in a meeting, “I used to make great content on Dubsmash which was loads of fun.” Later he shifted to TikTok.

Siddharth Nigam has gotten a huge assertion for his acting styles and fashion choices. Other than that, he is a noticeable gymnast and has won gold awards on the national level, and he is crazy about his fitness. His YouTube channel is topped off with his workout videos and dance videos. His web-based media is stacked up with fitness pictures and others, the photographs are proof of how exceptional of an artist he is! His hot and toned body is something we can’t resist the temptation to go gaga over

The greatest pleasure in life is doing what people say you cannot do ✌🏻 . #keepgoing #keepmotivating #faisusquad #kbye

Having a soft heart in a cruel world is courage not weakness✨💪🏻 #siddharthnigam #keepsupporting #bepositive Wearing: @swagboutique_forhim 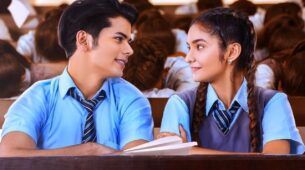 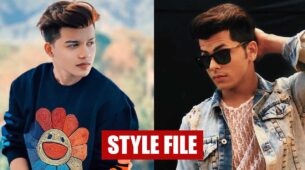