Fusion is the new bomb, and Jannat is blowing it like fire Fusion brings diversity, it merges the culture and the nuances of different perspectives and aspects. Be it fashion or any other creative genre, fusion gives the ultimate quotient to rock the stage! It personifies beauty in difference, it promotes acceptance toward different colour, race and religion. The unfolding of fusion is the Indian fashion industry has revolutionized the entire fashion scenes of the country. It has bewitched us with contemporary style with a dash of vintage charm in it.

You may be doubting that we are deliberately bringing this entire thing here when the topic suggests different, but it’s the topic that calls for the game! Fusion brings the connection between two worlds in just one small change in attire. It is commendable and worth to see that young celebs are not far from the concept and making it in the ultimate fashion quotient.

Jannat Zubair, being one of them, began her journey through television and earned wider recognition through Colors TV’s Phulwa in 2011. She has also made in Bollywood with Rani Mukherjee in Hichki, playing as one of Rani’s students. She has been awarded the Best child actor for Phulwa and Best Debut of The Year for Tu Aashiqui. The TikTok star is rocking it all over. Her serene public impressions are to die for, especially in her fusion attires, she looks gorgeous in her Indo western outfits.

Here are some of her pictures in Indo- Western outfits 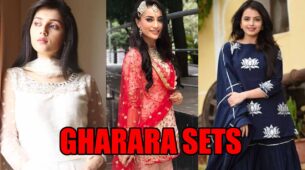 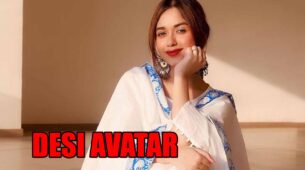 From Co-Ord Sets to Glittering Gowns: Here's How Bae Suzy and IU Stun In Every Angle 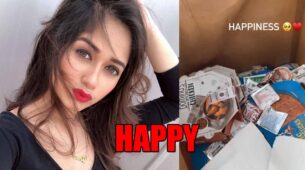