We all value our friends and friendships! And in between that, when some of the top divas, none other than Avneet Kaur and Reem Sheikh give you the best sister goals with a BFF tint, then it is always worth to peep into those wonderful moments altogether! Isn’t it!

Well today, we are up with some of their best moments that would truly prove how they are more than just sisters! But before that let’s read out briefs of the two divas.

Avneet Kaur, the immaculate actress, who has wowed us with her cute and prepped looks all the time, is notified as one of the top social media influencers of all time. She has worked in several TV shows and has gotten recognition for her hard work. With time, she also got a chance to work on the bigger screen as well. Later she got featured in a TV serial, Aladdin. But as of now, she has quit the show, and Ashi Singh took her place in the show. We miss her dearly in the show, and her fans are yet not convinced!

Reem Sheikh, the 16 years old actress has revelled us with her charm and grace, even at this young age. She is a well-known TV actress as well. She began her career as a child at the age of 6. She has been featured in a popular music video as well. Her Instagram has gotten a massive fan following as of now. We wish her more success, further.

Here are their Sister (BFF) moments! Check the pictures out and let us know if you think they are the best

I like you because you join in my weirdness.😂❤️ @reem_sameer8 #mygirl

Yes you’re allowed to have other friends, You just have to love me more.👻👅💕 Tag your besties! @reem_sameer8 📸- @singhjaijeet_4 #aboutlastnight 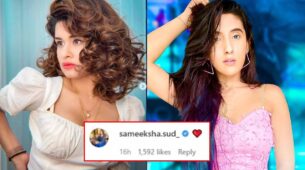