Check to see some unseen pictures of Ashish Chanchlani Ashish Chanchlani has been one of the topmost YouTubers in the country. Popularly known for his slapstick comedy and rich content, he has earned millions of fans and subscribers so far. He is on its way to gain 20 million subscribers already. And today, we are up with his unseen pictures so far, that you haven’t seen before, probably.

“Oh, my gawwwddddddd i wass soooo hawwtttttf I was detained from college coz galz were bunking lectures to seeeee dis dudzz” Lol, well that caption is relatable and funny, but we know how satirical Ashish Chanchlani goes with his posts.

A candid, sweet picture. Ashish Chanchlani, looking absolutely dashing in the picture, though. We are loving the sunkissed impressions in here. What do you think of it?

❤️ lemme tell you,i dont have fake followers,i have real supporters and i can say that clićhe line and would love to MAIN JAHA HU JAISA HU AAJ TUM SAB KI WAJAH SE HU,thanks for all the love

Straight 4 years ago, but he still looks the same though, handsome and dashing. But with that, he never failed to amaze us with his generosity then, too. The caption says it all, “lemme tell you,i don’t have fake followers,i have real supporters and I can say that clićhe line and would love to MAIN JAHA HU JAISA HU AAJ TUM SAB KI WAJAH SE HU, thanks for all the love” 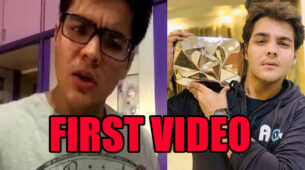