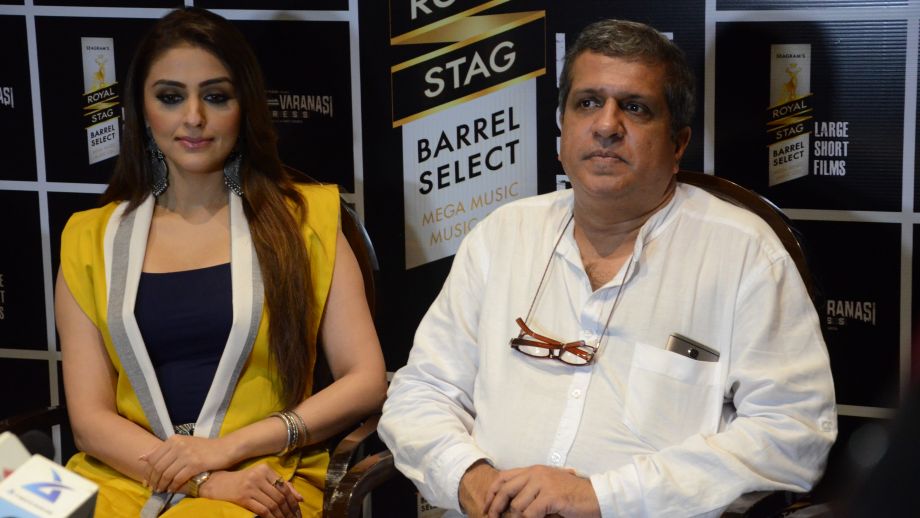 A short film which portrays how the quest for success and material desires takes a toll on our health, Mumbai Varanasi Express embarks on a journey of living life king-size and teaches why it is important to enjoy every moment of it. Royal Stag Barrel Select Large Short Films has released some of the most prodigious and award winning short films which truly reflect originality, imagination and perfection such as ‘Ahalya’, ‘Nayantara’s necklace’, ‘Interior Café’, ‘Ouch’, ‘Chutney’, ‘That Gusty Morning’.

Themed on the objective of “Make it Perfect”, The Royal Stag Barrel Select Large Short Films is a platform for aspiring directors to feature along with mainstream Bollywood directors while still chasing their creative energy to create a niche for themselves in the industry. The platform gives a credible stage to the storytellers to showcase their artistic creativity and reach out to their target audience through the online world.

Commenting on the release, Raja Banerji, Assistant Vice President, Marketing, Pernod Ricard India, said “Royal Stag Barrel Select Large Short Films is extremely happy to present Aarti Chabria’s directorial debut Mumbai Varanasi Express. Having won several awards, the film has already made a mark for itself and has gathered acclaim for its deep thought and content. The platform has always believed in the art of perfection and we are indeed delighted to encourage and motivate young and talented directors to perfect their skills to showcase their work along with known directors. The short film industry in India is rapidly growing and evolving and we are extremely proud that Royal Stag Barrel Select Large Short Films is at the helm of this evolution.”

Starring Darshan Jariwala, Shekhar Shukla and Vivek Singh, ‘Mumbai Varanasi Express’ is a short film about many of us who work too hard to reach a level of success where we can enjoy luxuries and provide our families with a comfortable life. However, in the very magnetic web of wanting to do better and better, we drive ourselves to a point that when the time comes to enjoy the success, our health doesn’t allow. The film takes us through the journey of a trying to find the meaning of life. It portrays that life is made of little yet significant moments which count for more than what money can give us. It talks about life beyond all things materialistic and beyond all that’s known to us.

The film has received accolades both nationally and internationally. The protagonist in the film, Darshan Jariwala is a national award winning actor and the sound design of the film has been done by Oscar award winner Resul Pookutty.

Talking about the film, director, Aarti Chabria said “The story of ‘Mumbai Varanasi Express’ is a depiction of our lives today where we are constantly running in the rat race trying to be successful, but in the process we forget to live our lives and enjoy it. I am sure the audience will be able to relate to this film. As a filmmaker it is very important to be able to showcase your work freely and I believe Royal Stag Barrel Select Large Short Films is a great platform that lets you be as creative as possible.”