A two-day extravaganza with live performances and mentorship sessions Arré Earworm was launched last year and soon became the definitive voice of music and culture, through premium music content and live experiences that drive movements, scenes, and stories. Arré Siren is a one-of-its-kind media property driven via digital content, culminating into a two-day music and comedy festival headlined entirely by women artists that will bring together renowned musicians, stand-up comics, and role models to celebrate a year that has been seminal for women across the world.

The combined voice of powerhouse women entertainers has the potential to influence the zeitgeist and shape the dialogue in a way that laws and news opinion seldom can. Sharan Saikumar, Creative Editor, Arré, said, “This two-day festival with unique digital content at its core, is our first step toward building an electrically charged community of young, liberated, and forward-thinking women who will shape a more equal future for all of us.”

“India has some of the most talented and enterprising women artists in the world, and they deserve to have a platform that gives them their due. There has been massive disparity in the representation of women artists at festivals across the globe.Even the most reputed festivals keep their headlining spots for male acts. We hope to change this trend through Arré Siren,” said Zila Khan.

Jaideep Singh, Director, Arré, said, “We want the industry to be more inclusive, have greater gender diversity, and give more visibility to women. Along with the festival, we are also rolling out Siren Campus, a mentorship programme for exceptionally talented students and professionals through which they can meet and be mentored by some of the most successful women in the creative industry.”

Arré Siren will be held at one of Mumbai’s best live music venues, Razzberry Rhinoceros, on Juhu Beach. It will shine a spotlight on more than 15 artists, serving up an eclectic mix of exciting performances across genres like Hip Hop, Funk, Electronica, Jazz, and Indian Fusion, all of it served with a side dish of India’s best comedy. Over the next few days, Arré Siren will begin a concentrated content roll out that will include crowd sourcing projects, opinion polls, doodles, interviews, and The Siren Anthem, featuring all the artists in the line up.

Tickets for Siren are now live onBookmyshow.comhttps://in.bookmyshow.com/mumbai/events/arre-siren-festival/ET00071234/artist. Grab a chance to create phenomenal memories and be a part of a festival that demonstrates India’s vibrant creative community and its forward-thinking new generation on March 10 and 11, 2018.Follow the Arré Siren Facebook Page (www.facebook.com/ArreSiren/) for announcements, updates, and engaging content.

So get a ticket, grab a beer, and give the ladies a loud cheer. 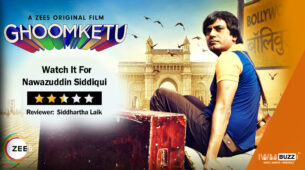