Dynamic Divyarajsinh Jadeja all set to storm the entertainment industry Divyarajsinh Jadeja Vadinar, the proprietor of Rajlaxmi construction and a leading name in Gujarat dealing into several sectors including transport, petroleum, land developing and stone crushers, is all set to debut in an altogether different industry. The 26-year-old will be venturing into the business of entertainment. He will be introducing his production house focusing on web series.

Looking at the current scenario where the web platform is rising in India, Divyarajsinh wants to initiate his production house with the platform that is booming. He inspires to make youth-oriented content with powerful messages.

Ask Divyarajsinh about the idea that went behind this, he says, “I always wanted to venture into entertainment but I was waiting for the kick. Recently, I was surfing through some Indian web series and it struck me, that it’s the right time that I plan venturing into it. Then I sat with my team, brainstormed and we were good to go. Had some topics in mind and we went on.”

Jadeja also tells, “Content creation and spreading it to the right audience is a very tough job. We are keen at youth-based series that will have a huge impact on their thought process. We are also aiming at promoting the Indian-ness, which is somewhere lacking in the Indian web content today. ”

Divyarajsinh will be soon announcing his first project. We wish him good luck and success. 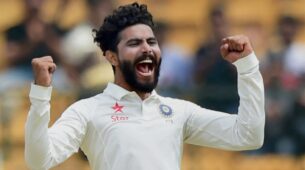 Game-Changing All Round Performances By 'Sir Jadeja'