Gear up for another exciting fare in Hotstar The 10-part series revolves around the lives of 3 young couples, a young divorced man and his 8-year old daughter. Through its various characters, the show charts the entire arc of optimism one experiences in love, and its transitions from giddy excitement to utter frustration, with large doses of insight and humour.

This is a familiar theme for director Balaji Mohan, whose past work also explores different facets of the theme of love. His last project, Maari, featuring Dhanush and Kaajal Aggarwal was one of the biggest hits of 2015, with fans eagerly awaiting its sequel, Maari 2.

‘Falling in love is the easy part. It’s staying in love that’s tougher. And the endless optimism of human beings to try it over and over again, despite mixed results, is quite fascinating for me. It’s a subject I’ve explored in different ways, and this time, with a series. Urban audiences across the country would resonate with a theme like this, and I wanted this show to be able to reach all of them. Hotstar, with its massive reach, is the ideal medium to do so,’ shares Balaji Mohan.

‘Throughout our conversations with our viewers from the state, especially the younger users, one thing that comes out is that there is huge appetite for stories that are authentic and contemporary. This show is an effort to address that appetite. We believe that we have a unique proposition for our audiences in Tamil Nadu: with shows like this, with a large roster of Tamil movies, with TV shows and with sports coverage in Tamil, we now have a very distinctive offering for our millions of loyal users in the state’, shares Ajit Mohan, CEO, Hotstar.

As I’m Suffering from Kadhal launched on Hotstar on June 16th, with all 10 episodes releasing simultaneously. Apart from Tamil, the series will also be available in Telugu, with English subtitles available for both languages. 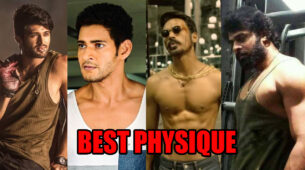