A high-octane drama, the show is an intriguing story about ordinary lives caught in the murky web of the underworld Hungama, India’s leading digital entertainment company, today launched its second original show, ‘Hankaar’. A powerful drama, the show takes a sweeping look at the sordid activities that happen in every metropolis. In the process, it brings to life a sprawling tale that features multiple characters with each of them unknowingly playing a crucial part in a story written by someone else. Hankaar takes the viewers on a gripping journey through the underbelly of Mumbai and gives a new dimension to the city, presenting it in a manner not seen before.

Starting today, the show will be available on Hungama Play, Hungama’s video-on-demand platform. Hungama will leverage its distribution strengths to ensure wide availability of the drama series. Users will be able to stream Hankaar through Hungama Play on Vodafone Play, Idea Movies & TV, Amazon Fire TV Stick and other Android TVs.  Additionally, through Hungama’s association with Xiaomi, consumers will also be able to watch the show via Hungama Play on Mi Video and Mi TV.

Speaking about the launch of Hungama’ssecond original show, Neeraj Roy, Managing Director and CEO, Hungama Digital Media said, “through Hungama Originals, we aim to tell stories that are differentiated and resonate with digital audiences across the globe. Hankaarspins a plot that is riveting and has universal appeal while being set in the underbelly of Mumbai. We are certain that our content, combined with our distribution strategy and international presence, will help us increase our viewership by 100% by the end of the fiscal year.”

Ruled by the dreaded underworld don, Z, Hankaar depicts a Mumbai that is just a chessboard for him with its residents, merely pawns. With the reins of the city in his hands, Z ensures that every major criminal business in the city belongs to him and every individual is under his thumb.  The show introduces us to five individuals, seemingly unrelated to each other, from different strata of society, each trying to realize the big city dream and make their life better. They know their journey is going to be difficult and are aware that their aspirations might require them to navigate the crooked path of crime. Yet, they remain unaware that they are merely puppets being controlled by the mysterious Z.

The story arc follows Nisha – the daughter of a prostitute persuaded to rescue victims of child and sex trafficking, Pradeep– a real estate agent whose simple desire to move up the ladder turns his world upside down, James – a drug addict who wants a share of the trade, Mangesh– a speech-impaired man from a chawl who won’t stop at anything to rise above poverty and Joy – an unassuming 30-something tech-wiz at the threshold of entering the world of cyber-crime. Neither of them knows the other and yet, have their destinies interlinked.

Produced by Hungama, Pocket Films, Talkaholics Productions and Cancom, the drama features an ensemble cast comprising some of the finest actors from the world of theatre, television, and films. Hankaar stars Ujjwal Chopra as Z – the underworld don, Yogini Chouk Borhade as Nisha, Rajesh Balwani as Pradeep, Sharda Nand Singh as James, Prammod Sanghi as Mangesh, Ram Menon as Joy and Shahnawaz Pradhan as the aging mafia don – Mamujaan. The show is directed by Sanjay Bhatia, Ravi Iyer, and Yogi Chopra, while Tarun Rajput serves as the creative director.

Speaking about the show, Saameer Mody, Managing Director of Pocket Films said, “Digital platforms have given a fresh lease of life to alternate content and stories that we may not always see on traditional screens. Hankaar weaves together a plot that is engrossing and features performances that are compelling. We are glad to have created the show with Hungama and are certain that the audiences are going to be drawn into the intriguing world depicted in Hankaar.”

Hankaar is available to stream on Hungama Play and its partner networks, starting today. 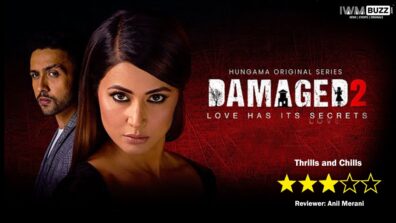 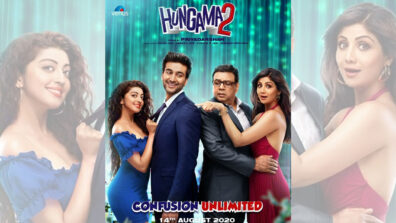 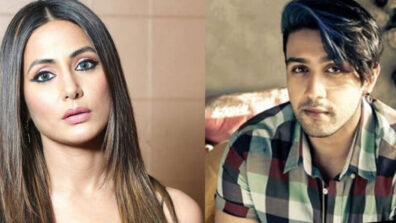