Voot Select, Viacom18’s subscription led streaming service entered the market last month that grants you access to the best Indian and International content across genres. Along with some of the most popular network shows, the platform boasts of promising Voot Select originals, specially curated international content, live TV and much more. The vast range of offerings has made it one of the most sought-after content destinations in recent times.

The first original to hit the platform, Asur, successfully left a lingering impact on the audience with its central theme- Welcome to your Dark Side and became one of the preferred crime thriller watch. It also received a stamp of approval from some of the industry’s biggest names and rated 9.0 on IMDb. The dynamic performances by the Arshad Warsi, Barun Sobti, Ridhi Dogra and Amey Wagh made the show even edgier.

The second original, Marzi, a drama thriller featuring the talented Rajeev Khandelwal and Aahana Kumra turned out to be another masterstroke from the streaming service. It presented a nuanced take on consent ensuing a game of lies between two individuals. The multilayered and complex characters added depth to the narrative and kept the fans hooked.

The recently launched The Raikar Case highlights how a family gets embroiled in a criminal case of their youngest member. Featuring Atul Kulkarni, Ashvini Bhave, Kunal Karan Kapoor, Parul Gulati, Neil Bhoopalam and Lalit Prabhakar in pivotal roles, the show has received thumbs up from the viewers and critics alike.

After a series of impactful launches, Voot Select is ready to drop another original, Illegal, a legal drama featuring Akshay Oberoi, Neha Sharma, and Piyush Mishra later this month.

Voot Select, the home for great stories available for Android, iOS and web users for INR 99 per month or INR 999 for an annual subscription. 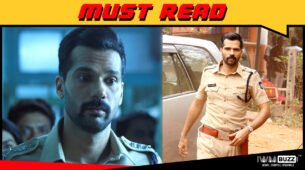