Called Insiders, the show is an MX Exclusive created by TVF and will stream on MX Player for free on 12th April Omkar Kulkarni and Himika Bose have enthralled audiences with their performance in MX Player’s I’mMature. And now, they once again, will be seen reuniting for another web show called Insiders. The show is an MX Exclusive and has been created by TVF. It is a whacky coming-of-age comedy that talks about metropolitan teenagers and their relationships and imagination, in the most absurd ways.

‘Insiders’, a madcap comedy show about a bunch of teenagers and a journey that they take on to kill time when their parents meet and hangout. The actors will be seen as teenagers who are a part of this club.

Omkar is known for his roles in I’mMature and Cyber Squad. On the show, he says “Web is a medium that is gaining tremendous momentum so what better way to tell the best of stories than the web! I’m glad to be able to be a part of something that is so out of the box but relatable at the same time. Something that makes the show exclusive is the fact that the fans can make theories to interpret what’s happening in the show. Every millennial will go ‘oh, I’ve done that’ at least once while watching the show. The show can be portrayed in a very peculiar manner.”

Himika, is a popular face in the web space and apart from this, has been a part of Padman as well. She says, “Insiders has been a great journey. The team, the cooperation on set was fabulous. It never felt like work. The show is quirky yet different from what the audience expects from a set of teenagers (our characters) I’m sure the audience is going to love the freshness and surprises that we have planned for them.”

Insiders is a five-episodic urban comedy that will stream on MX Player on 12th April for free! 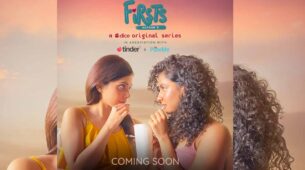