Recently when Dua Lipa was in town, we saw her meet a lot of celebrities. Word is that Dua wanted to meet top digital content creators from India. Apart from 2 other top creators, Dua Lipa also met with Radhika Bangia at the hotel where she was staying.

Radhika showed Dua the video that she had created around Dua’s music which she really liked. Apart from exchanging a few words they clicked a few pictures too.

Radhika Bangia seems to be a hit with International stars since not very long ago, ace musical trio Major Lazer too gave her a shout out on social media for the dance video that she had created to their latest song Que Calor. They also reposted the dance video on their social media handles. Radhika has even made International stars like King Bach and Argentinean footballer Roberto Pereyra groove to desi bollywood songs in her videos.

Other than them, she has also collaborated with global and Indian names like actor DeStorm Power, Shahveer Jaffery, Logan and Make Paul, Ashish Chanchlani, Harsh Beniwal, Aashqeen. She has also done skits for Filtercopy and The Viral Fever. Radhika has also acted in several Indian films and music dance videos. She has collaborated with brands like Maybelline, Zomato, One Plus, Whisper, Kellogs, Super Nova and many more. How Did Dua Lipa Become A Fashion Diva? Dua Lipa's Smiling Moments Are Too Adorable To Handle; Take A Look 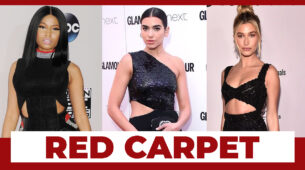