Experience love, family and drama like never before on this crazy sibling road-trip this April 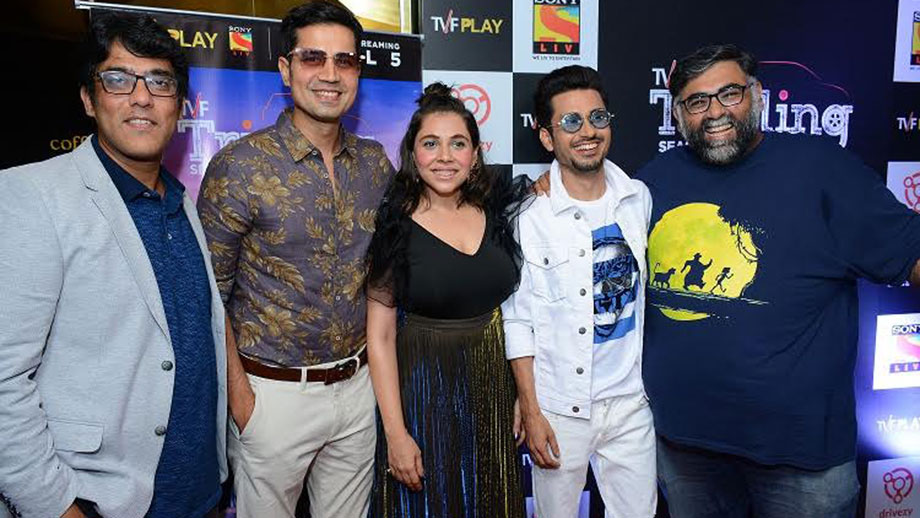 TVF Tripling Season 2, the sequel to the hit web-series,is all set to pack a punch in a grand and fun avatar. Ever since the teaser was dropped, the show, back after a two and a half year hiatus, has created quite the buzz owing to its content that is heartfelt, genuine and easy to relate to. With excitement levels reaching fever pitch, the trailer too garnered over 1.5 million views within just a week of its launch. Having charted from Mumbai to Manali through Jodhpur in the first road-trip, excitement levels are at an all-time high with the audience wondering what lies next in this engrossing journey of the siblings. It promises to be an absolute treat for the audience with countless adventures yet to unfold as the sibling trio commences their escapades across Jaipur, Lucknow, Kolkata and Sikkim this time around. Tripling Season 2 is presented by car rental start-up, Drivezy.

Created by Sameer Saxena, the series comprises a stellar star cast with the exceptionally talented Sumeet Vyas,also the co-writer of the series, as Chandan, alongside Maanvi Gagroo as Chanchal and Amol Parashar as Chitvan. Also playing instrumental roles in the upcoming series will be stalwarts Gajraj Rao, Kubbra Sait, Rajit Kapur, Shweta Tripathi and Kunaal Roy Kapur. The second season of the show features music by Nilotpal Bora and renditions of songs by Papon, and lyrics by Hussain Haidry.

Sumeet Vyas, who is also the writer of the series, said, “We took our time with the second season, for it was important that we didn’t just do the show for the sake of it. Often it’s the simpler stories that are the hardest to write, because there are so many elements and emotions to be conveyed. We wanted to be inspired by relatable incidents because that is what resonates with the audience. In this season, it was crucial for the characters to evolve whilst retaining the core of their personality.”

Maanvi Gagroo, who plays the middle child Chanchal, added “I think the chemistry that the three of us share has been immensely instrumental in making the show what it is today. Tripling really brought Sumeet, Amol and me very close, and this season felt like a family re-union to us. This is one show that is completely backed by quality and happy content that gives you a glimpse of life. We really hope the audience will enjoy our road trip as much as we did.”

Amol Parashar, who plays the role of Chitvan, commented, “My character has been one that I have thoroughly enjoyed playing on screen the most. What’s new in the second season is that we get to see a grown Chitvan, but he stays true to his essence. That is something that will never change and it is what sets him apart from the rest. He is different, but he is genuine.”

The first season of Tripling was lauded for its fresh concept and was very well received by the audience, garnering over 45 million views for the season and making it one of IMDB’s Top 250 shows, and winning the Asian TV Award for best Scriptwriting and a Kyoorius Blue Elephant for Branded Content Design. In the second installment of the series, the audience will witness an adventure of a lifetime that isn’t just high on adrenaline, but emotions also, as our favourite sibling trio ventures across some of the most beautiful terrains and locations across Northern India. With Chandan being a published author and Chanchal foraying into politics, one would be foolish to underestimate the firebrand that Chitvan, our favourite DJ, will bring to the party. Just like the first season left a lasting impression on the audience, the current season is set to enthrall the audience with its quirky humour, immaculate comic timing and its depiction of personal equations in a modern-day family. And if that wasn’t enough, the show will also feature an original soundtrack sung by one of the most celebrated singers of the industry –Papon

Spectacularly woven into 5 episodes that one can binge, this season is surely going to take you on another roller coaster ride.