After sweeping awards for the Best Branded Content, Best Webseries, Best Story and Best Music, apart from many others at multiple events this year, The Viral Fever (TVF) – the leading and most loved web content creators in India – has added another feather to its cap. ImMATURE, a yet-unreleased web series by TVF, has earned its place among the Top 10 digital series globally, as the only Indian selection to the first edition of the Cannes International Series Festival – CANNESERIES. It will be held from 4th to 11th April 2018 at Cannes – the mecca of creativity.

ImMATURE has been created by Sameer Saxena of ‘Permanent Roommates’ and ‘Tripling’ fame, written by Abhishek Yadav (‘Bachelors’), Nishad Jhaveri and Suprith Kundar, and directed by Prem Mistry (part of the team that made ‘TVF Pitchers’, ‘Permanent Roommates’ and ‘Barely Speaking with Arnub’). The cast comprises of the young talents – Omkar Kulkarni, Rashmi Agdekar, Chinmay Chandraunshuh and Visshesh Tiwari – with appearances by Nidhi Singh, Nidhi Bisht, Jitendra Kumar and Biswapati Sarkar. ImMATURE is a comedy/drama web-series.

Marguerite Carlo, Communications & Partnerships, Canneseries – “Immature is a digital series of a correctness in the feelings and the teenage emotions which brings us back to this time where to find an identity was to try them one after another, where to make a meeting was each time a risk taking not always calculated, where to address the one of which one thought oneself in love transformed the passage of the examinations into delicious pleasure. This series touches closer to our memories, intelligent and sensitive without ever going into sentimentality.”

Elated by the news, Sameer Saxena, creator of the show and CCO & Head, TVF Originals said, “Time and again, TVF has created content that the youth has connected with. We have never followed a set pattern for our shows, always surprising our viewers with unique content, and that has always worked in our favour. ImMATURE, created for a younger audience, is the only Indian web series to have been chosen for CANNESERIES’ global platform and that give us immense pride. We have a great creative team and repeated international recognition is a testament to that. It goes a long way in fuelling our spirit for storytelling.”

Growing up is tough and ImMATURE is about all that. Peppered with incidents that each one of us can relate to, ImMATURE is a 5-episode coming of age story about the first adventures in a young man’s life. Dhruv is 16, and in a hurry to grow up. With a little help from his school friends, Kabir and Susu, Dhruv sets out to woo the first crush of his life, the feisty and out-of- his-league class topper, Chhavi. Venturing out of their childhood, in their last years of school, the trio find their first drink, pick their first fight and mend their first broken hearts.

CANNESERIES aims to highlight series from all over the world to give an international voice to this increasingly popular and much loved new art form. The competition will take place on 11th April, 2018. Prior to this, TVF’s ‘Truth or Dare with Dad’ has been awarded the Most Popular Video at WebTV Asia Awards, 2017, ‘TVF Pitchers’ – Best Screenplay, Marseille Web Fest, 2016 and ‘TVF Tripling’ – Best Screenwriting for a Web-Series at Asian TV Awards, Singapore, 2017. 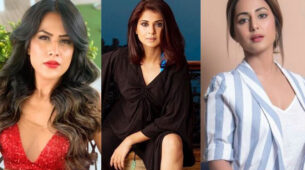 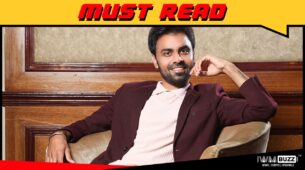