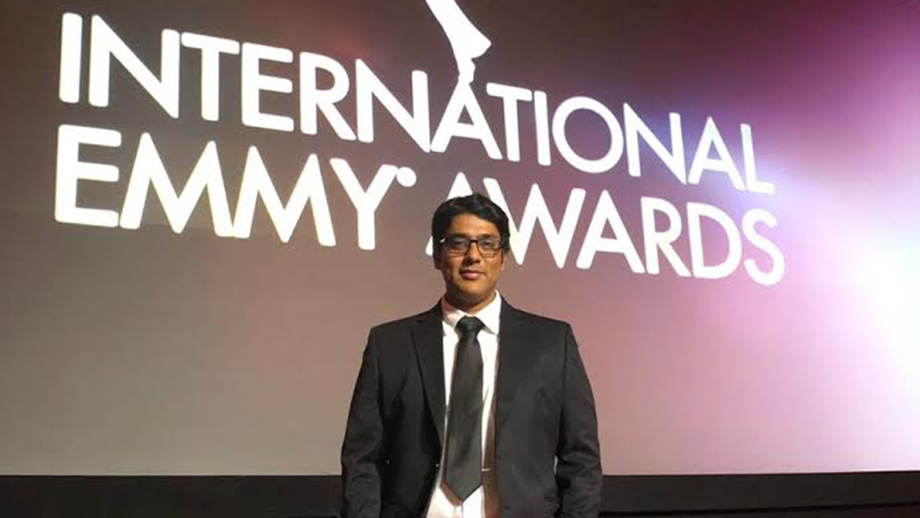 The International Emmy Awards are the premier awards for entertainment on TV. Jurors for International Emmys are stalwarts in the television and content industry with distinguished credentials in producing, directing, writing, acquisitions, acting, casting, distribution and editing. Jury panels typically comprise of diverse professions who exemplify the latest trends and new frontiers in television and digital programming.

With 3 of his shows listed in IMDB top 250, Sameer Saxena is rightly known to be the father of Original Indian web series.

Sameer has created and directed super-hit web-series such as Permanent Roommates (Season 1 and 2), TVF Tripling and most recently, Yeh Meri Family. The 1st season of Tripling won an Asian TV Award last year in Singapore, for Best Screenwriting in a Web-series. Sameer is currently working on the second season of Tripling. With over 15 years of experience in direction, Sameer began his career in consulting in 2002 and has since then worked with some of the most reputed names in the Industry, such as White Tiger Productions and Endemol India where he directed Bigg Boss Season 6.

About being part of the process for the 1st time, Sameer said: “It’s an honor & privilege to attend the gala among widely respected artists & executives from around the global entertainment industry. Being a juror here is a moment of pride for us at TVF, and an experience for me to broaden my horizons about storytelling and programming.”

The International Emmy Awards is an annual event organized by The International Academy of Television Arts and Sciences. It is a membership based organization comprised of leading media and entertainment figures from over 60 countries and 500 companies from all sectors of television including Internet, mobile and technology.