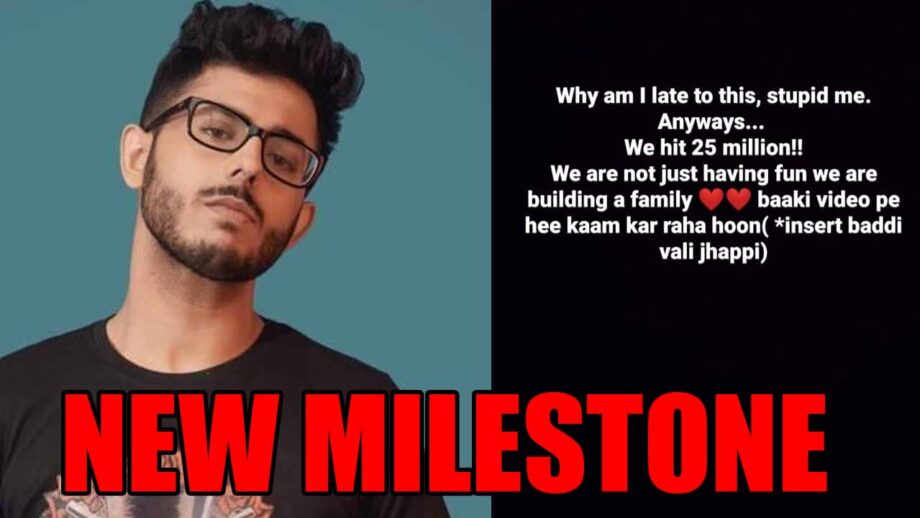 CarryMinati is one of the most popular YouTubers.

The young lad, who started his YouTube channel when he was just 10-years-old and later decided to take up as a profession and rose to fame with his roast ‘Bye Pewdiepie’, is now no. 1 YouTuber.

The star has achieved 25 million subscribers so far and it is growing fast. The star has knocked out Amit Bhadana, Ashish Chanchlani and Bhuvan Bam in the subscriber count.

He posted a message on 25 million. Check here