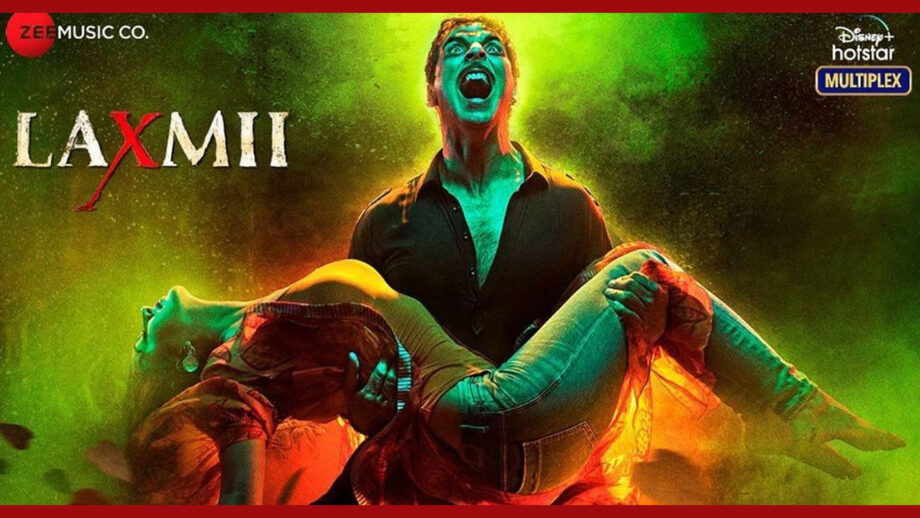 Raghava Lawrence’s Laxmii is a very strange film. It’s all about the spirit of a transgender person that enters Akshay Kumar… and then he starts behaving strangely. But before that there are other things happening in the film which are even stranger than the Bhoot re-Bhoot.

1. Akshay and Kiara Advani who play husband and wife share more chemistry in Good Newz where they were not paired with one another. How did that happen? The lead pair in Laxmii looks like two strangers swapping corny dialogues in a house crawling with lunatics.

2. Akshay’s heroines are becoming more and more hazily projected in his films. They are being played by second-row and third-row leading ladies because the scripts he’s doing cannot justify the presence of any A-lister heroines.

3. How did Akshay agree to be part of such a half-baked script? The characters come and go at random. The little kid in the beginning who is introduced to us as Akshay’s nephew,disappears in the second half. Maybe he went out in search of a script and never returned.Eerie!

4. Akshay , we are told, is Asif a Muslim do-gooder who fights andh-vishwas(blind faith) and yet by the time time plot gathers momentum the bhoot of a murdered trans-gender enters his body and soul. So are we being told that those of us like Asif who scoff at bhoot-pret and blind faith are stupid misguided souls?That in fact spooky spirits are all around us waiting to enter our bodies.More dangerous than the Covid?

5. Akshay’s saas –sasur are played by two extremely talented actors Rajesh Sharma and Ayesha Raza Mishra. I wonder how trained actor like them were so happy hamming heftily? Kudos to the director for stripping down talented actors to their bare essentials,reducing them to streetside monkeys.

6. The only exception is Sharad Kelkar who plays the transgender Laxmii with conviction . He gets to give a rousing speech at the end on the travails of being the Third Sex. He also gets the body-language of a kinnar (eunuch) right. Kelkar is the only actor who get to be convincing.Lucky chap.
7. Akshay Kumar plays neither man nor woman , he is not even the third sex. He is the fourth sex. The trance gender, if you will.He owes the transgender community no apology. His gender-challenged ghost is a world apart