Check out the best comic timing of Ashish Chanchlani, CarryMinati and Bhuvan Bam 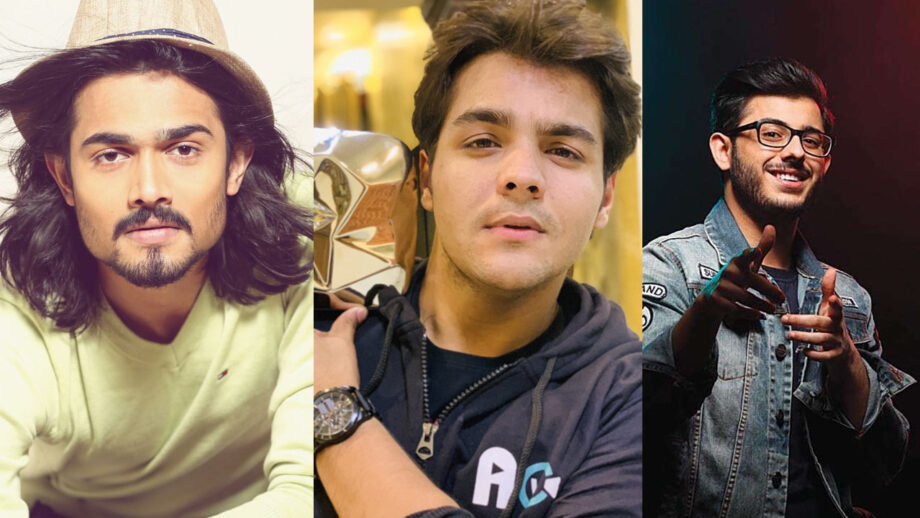 It’s time that we recall all the best comic timing of these infamous YouTube, Ashish Chanchlani, CarryMinati and Bhuvan Bam. Three of them are monumental YouTubers of today’s era.

CarryMinati aka Ajey Nagar, is the hot topic of the town, so far now! Carry has won millions of hearts with his roast video YouTube vs TikTok. He is the roast king according to his fans. He is all about to mark himself as the most subscribed YouTuber, any soon. We wish him all the best!

BB Ki Vines, who began his career as a restaurant singer but now has established himself as the no 1 Viner in India. BB is a wonderful singer besides his comedy genre, he is a composer and a lyricist, he has uploaded quite a number of music videos on YouTube. Bhuvan Bam is the first YouTuber to introduce the concept of vines to India. His YouTube channel has earned more than 18million subscribers and still counting.

Here are some glimpses of their best comic timing, check them out and let us know if they gave you a healthy laugh.

Also Read Bhuvan Bam Vs Ashish Chanchlani Vs CarryMinati- The King Of YouTube?