Kriti Sanon has been proclaimed the doll of the industry and is making her presence known on TikTok. Kriti Sanon is a young Indian actor who has worked in many Bollywood movies. She made her debut in the movie Heropanti in 2014, and since then, Sanon is slaying in Bollywood. She has also worked in Telugu films. She has a great fashion sense which makes her look sassy. Kriti, slays everything she wears. Evidently. Kriti Sanon has quite effectively managed to penetrate into the industry with good films to her credit. Movies like ‘Dilwale’, ‘Bareilly Ki Barfi’ and many more, have established the fact that the girl can act. However, it was ‘Luka Chhupi’ alongside Kartik Aaryan last year, which changed her fortune as an actor. She quickly hit the A-lister list and since then, nothing has been stopping her.

Kriti shared a post on Twitter regarding how she feels about crossing 25 million followers on Instagram finally. She has more or less made a big difference in the social media scene in the country. Her following on TikTok is also just as, if not, even more staunch. She’s been received with great pleasure and appreciation for her contributions.

So, here’s to Kriti Sanon a legend in her own right. She has made herself available to the public repeatedly and makes them into better people with her posts and her involvements on social media. 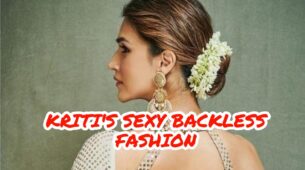 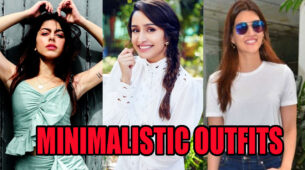 Are You A Fan Of Minimalistic Style? Alaya F, Shraddha Kapoor, And Kriti Sanon Will Help You Look Elegant