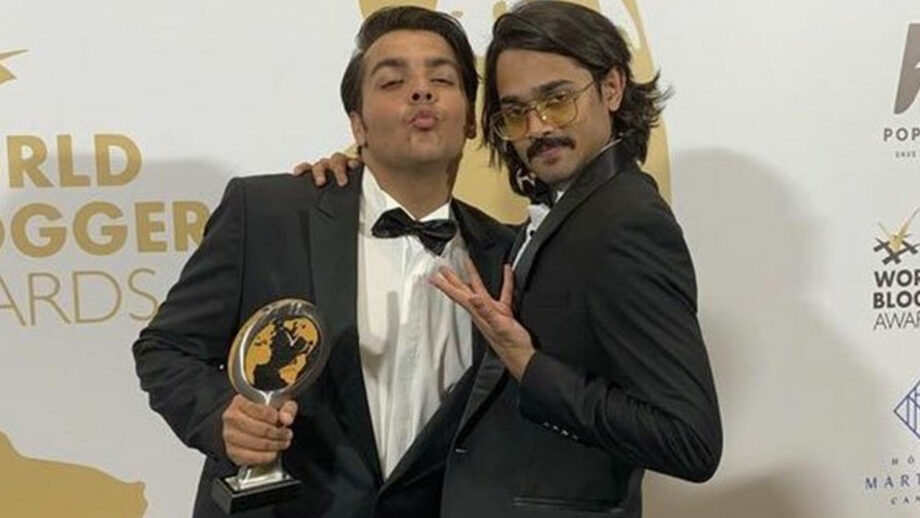 YouTube as space is wide and there is a lot of content that gets out there. But comedy is one of the most loved categories.

BB Ki Vines is a YouTube channel by Bhuvan Bam whose 2–8 minute long videos depict the life of an urban teenager and his whimsical conversations with his friends and family. There are a lot of characters in these videos, all played by Bhuvan Bam himself. In 2018, Bhuvan became the first Indian individual YouTube content creator to cross 10 million subscribers.

Ashish Chanchlani first started out on Vines and went viral with his comedy videos. He later joined YouTube and has never stopped making videos ever since. He was always interested in acting and this was the best option for him.

Today Ashish posted an Instagram story featuring him and Bhuvan on a video call and wrote: “Scaring me at night with some magic.”

Below is the picture he shared on his social media.

Have a look! And comment below if you would love to see Ashish Chanchlani and Bhuvan Bam together in a video.