If you are a fan of Mirzapur then take this quiz 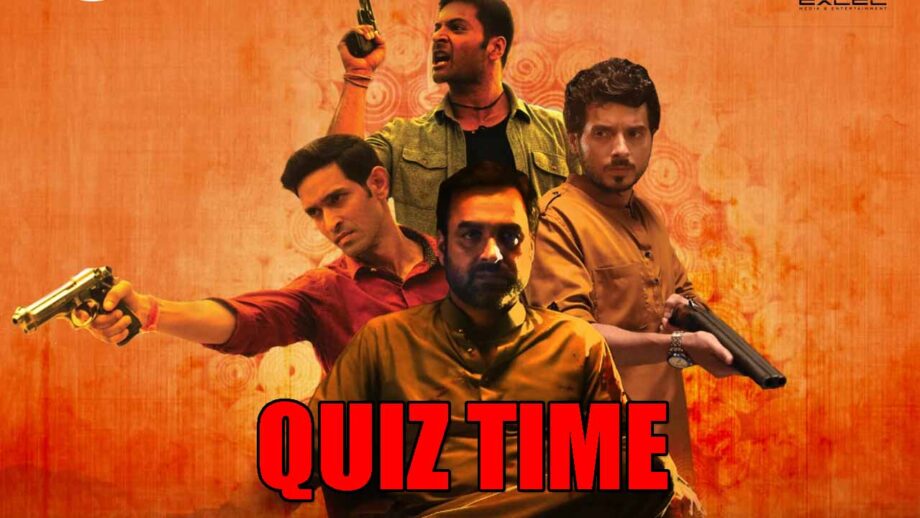 Amazon Prime Video’s Mirzapur is one of the most loved Indian web series. The story of the series revolved around drugs, guns, and lawlessness. It depicts the putrescence, governance, and rule of mafia dons and the rivalry and crime prevailing in the Purvanchal region of Uttar Pradesh.

Now, audiences are waiting for season 2 of the series which is apparently slated to release in anytime in the month of August.

If you are a big Mirzapur fan then you will definitely be able to answer a majority of the questions from the quiz given below.

When did the series launch?

Have you watched all the episodes of the Mirzapur season 1?

Have you loved every scene of Mirzapur and felt that the plot and storyline are unique?

What is the real name of Kaleen Bhaiya’s in the series?

Who in the series wins the election of the college?

Which is the best scene of Mirzapur?

Who is the one who finds Beena’s affair with the servant Raja?

Who gives orders to Munna to kill Kaleen Bhaiya?

Are you eagerly waiting for Mirzapur’s second season?

Also Read: These daily life Mirzapur memes would leave you in splits!