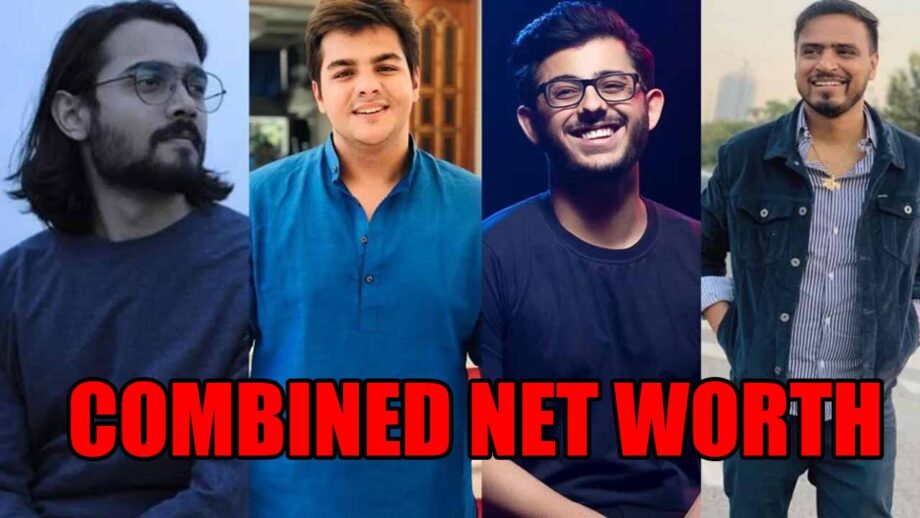 CarryMinati, Ashish Chanchlani, Bhuvan Bam, Amit Bhadana are four of the biggest digital influencers that we have in the country.

Ajey Nagar, aka CarryMinati, who is famous for his roast videos, where he roasts every other celebrity or any other wannabe celebrities, is the most popular YouTuber. According to a report in media, CarryMinati’s net worth stands at a whopping US$3.8 Million which is near to 27 Crores in Indian money.

Ashish Chanchlani who is famous for his slapstick comedy has always made us laugh with his sense of humour. As per media reports, his net worth as of 2020 is $2 million.

Bhuvan Bam, aka BB, who has revolutionized the entire scenes of YouTube vines, and is one of the topmost YouTubers to be subscribed. As per media reports, his Net worth as of 2020 is $2.8 million

Lastly, Amit Bhadana, who is an accidental YouTuber, never planned for his present tag, he is also famous for vines, his videos are flooded with social messages. According to many reports, Amit’s net worth is estimated to be $ 6.3 million.

Their combined net worth is around $14.9 million!