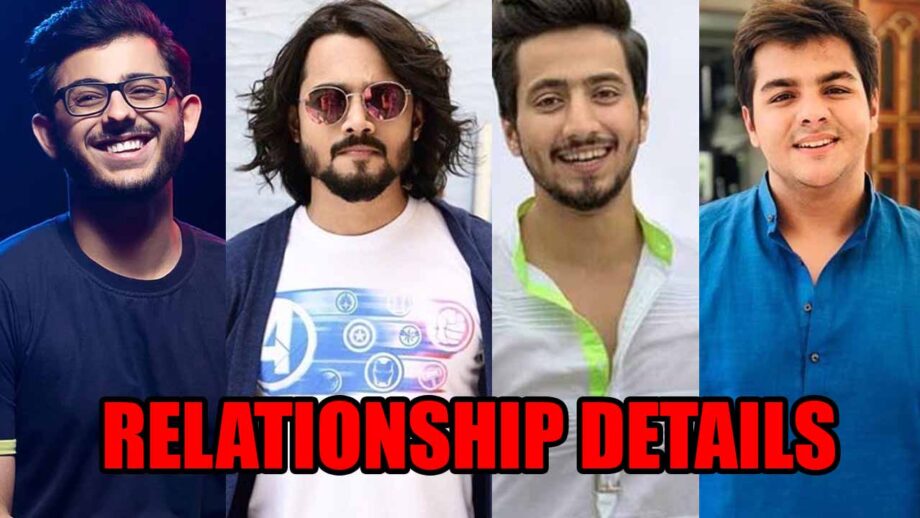 CarryMinati, Bhuvan Bam, Faisu, Ashish Chanchlani are the biggest digital influencers that we have in the country at the moment.

Ajey Nagar has a YouTube channel called CarryMinati. An avid gamer, he is known for his comedic skits and reactions to various online topics on his channel CarryMinati, which has gained over 26 million subscribers. Talking about his love life, CarryMinati is reportedly single. However, he loves his work and is very passionate about it!

Bhuvan Bam aka BB Ki Vines comes to the top when it comes to Indian YouTubers. Bhuvan has a spectacular sense of humour, he has earned millions of years within 5 years. According to the latest report, Bhuvan Bam has finally found his girlfriend and it is none other than Arpita Bhattacharya. If the media reports are to be believed, both Bhuvan and Arpita have been dating each other for quite some time.

Faisal Shaikh, ideally known as Faisu, is a fashion and social media influencer. Faisu is now single. Nonetheless, there are several media reports out there that confirm his relationship with Jannat Zubair, though both the stars have denied all such rumours. They are good friends.

Ashish Chanchlani shot to fame with his comic vines on Facebook, Instagram and YouTube. What makes him different is that no two videos from his channel are the same, which means that he consistently creates original and unique content. Talking about his love life, Ashish is also single.