Check to see what Kaleen Bhaiya has to say to you! Mirzapur has been on serious hype since the day it got released. Fans are keenly waiting for its second season, and the social media handles of Mirzapur says it all. If you take a look at the social media pages of the series, you will see how the fans are going gaga just to know the release date of season 2.

The story of the series has been quite engaging and involving. The story revolves around the mafia wars and malicious acts, illicit relationships and others. It spines around Kaleen Bhaiya, and other mafia heads, and their wars that are instrumented through power-mongering and revenge. A wedding massacre led to the whole incident. Moreover, the series has been appreciated for its realistic linguistics and dialect. The actors have been superb and have gotten appreciation from the nation and been awarded for the same.

As of now, we are up with a video, that the Instagram page of Mirzapur has shared, where we hear God’s voice as Kaleen Bhaiya, that connects to the Mirzapur fans! Check it out, what the voice has to say to you!

Also Read Are You A Big Mirzapur fan: Take A Quiz? 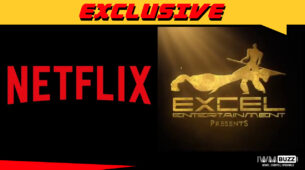