Jannat Zubair posts her singing videos for her fans. Jannat Zubair, who is a popular TikTok star, is a very talented actress, and there’s no doubt about this fact. She enjoys a massive fan following on social media and often keeps her fans updated with whatever is happening in her life.

Also Read: I was not skeptical on playing a mature character in Tu Aashiqui: Jannat Zubair Rahmani

Recently, she posted a few videos wherein she was showcasing her singing talent. The actress singing a beautiful song while the music plays in the background. Jannat’s singing videos are the best thing on the internet today. Jannat Zubair's gown look will give you major fashion goals 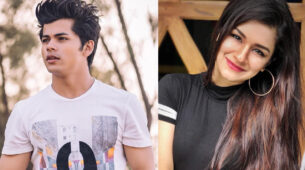 This Video of Jannat Zubair-Faisu would make you go Awww!