Inside Edge is Amazon Prime Video’s first Indian original series. It stars Vivek Oberoi, Richa Chadda, Sidhant Chaturvedi, Tanuj Virwani and Angad Bedi. The series is loved by the audience and was nominated for Best Drama series at the 46th International Emmy Awards.

The series is based on a fictional T20 cricket team, Mumbai Mavericks, that plays in the Power Play League. It takes an inside look into the politics of the game which leads to conflicts, while money, sex and power are sheer means to an end.

Amazon is coming up soon with the second season of Inside Edge that will be streaming from 6th December, 2019. Here is all that we know until now.

Aamir Bashir and Sapna Pabbi are new casts. In this season Bhaisahab, played by Aamir Bashir, wants to change the face of cricket and wants to transform it into a global sport, but the reason for this might not be his love for the game, while Zarina associates with him as she wants to be like him.

Arvind Vashistha, played by Angad Bedi, and Vayu Raghavan (Tanuj Virwani), who played the best companionship in the first season, are now foes of each other as both are captains of opposite teams now.

On the other side, Prashant is dealing with Devendra’s death while Arvind wants to prove himself. In this season, Sapna Pabbi will be portraying Vayu’s love interest while Eli Avram will be opposite Siddhant Chaturvedi. And the twist is that Vikrant Dhawan is behind the mess as seen in the trailer.

So this is all we know about the soon to release Season 2 of Inside Edge. Stay tuned to iwmbuzz.com 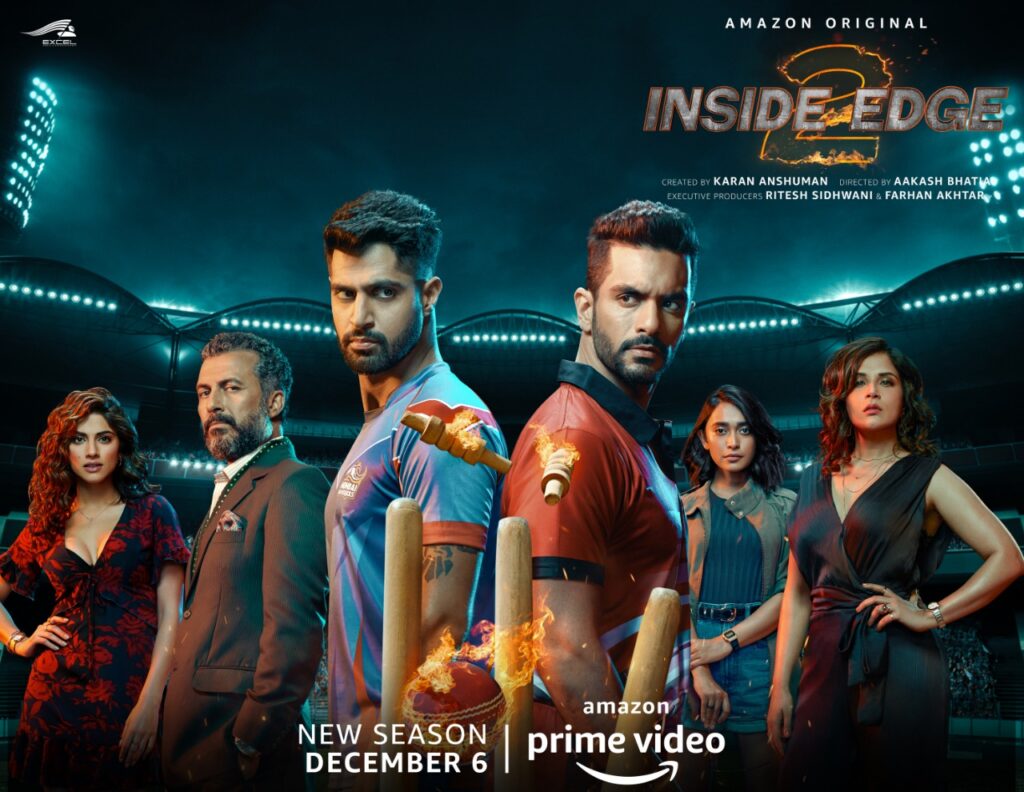