Mirzapur or Rangbaaz or Sacred Games, which show has the best of scenes? 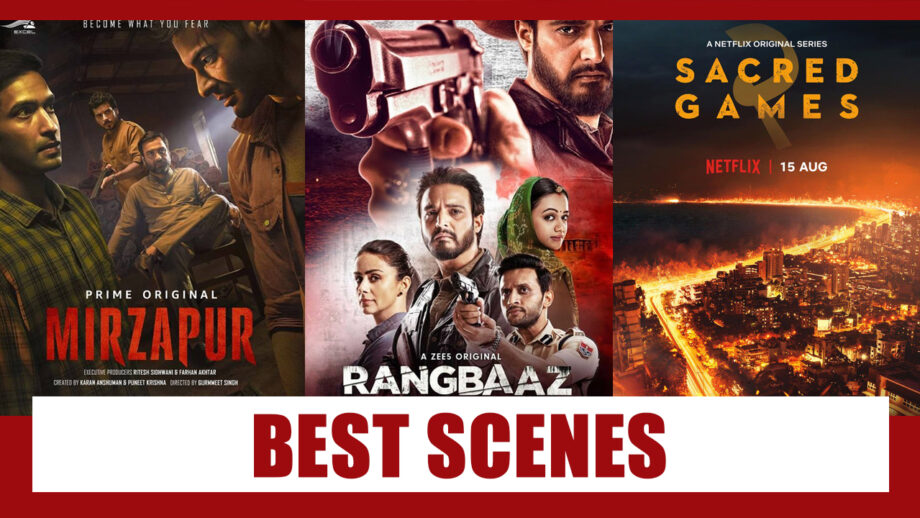 Mirzapur the Amazon Prime series had everything in it starting from drama to the thrill element to action to romance to sibling chemistry. It had the best of everything to tell you the fact. A lot of high-voltage drama and action gripped the audience from start to end. The thrill and excitement factor was at its peak throughout the narrative.

Rangbaaz has had two fiery seasons and both were true epics in terms of story narration, performances and the action element. The scripts have been very pacey, action-packed filled with high-voltage drama. The extent to which the action sequences have been a success tells us volumes about the hard work put into this aspect. Every scene of the series has been gripping to the core.

Sacred Games the Netflix series has been a hard-striking story with lots of action and drama with dialogues playing a vital role. The Sartaj Singh and Gaitonde drama took the story to the peak and the two seasons of the show have been avidly watched.

Now, which series has the best of scenes in totality?

Also read, Mirzapur 2 Vs Sacred Games 3: Show which you are waiting for?